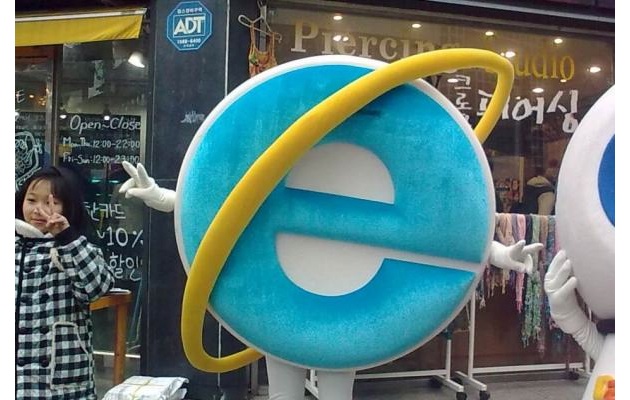 All this goes back to 1990s, when Korea developed its own encryption technology, SEED, to secure e-commerce transactions. Consumers were supplied with a digital certificate, protected by a personal password, for any online transaction in order to prove their identity. For websites to be able to verify these certificates, the technology requires users to install a Microsoft ActiveX plug-in.

But the problem with ActiveX is that it is only supported by Microsoft Internet Explorer. Despite the concerns even at the time, the South Korean Financial Supervisory Service (FSS) mandated the use of SEED, and thus, ActiveX and digital security certificates.

After the mandate, web developers not only optimised the banking and e-commerce websites to work with IE, but all websites, thus leaving the entire country a slave to this Microsoft browser. The worst affected were the consumers with operating systems like Apple's OS X and Linux, which do not support Internet Explorer.

Result was clearly seen in in the browser usage statistics in the country and according to a report, Internet Explorer commanded 99 percent of the total browser market in the country between 2004 and 2009.

Eventually the government realised its mistake and a by-law was created for government websites to support at least three web browsers. The compulsory use of ActiveX was also discontinued, but with a catch. If a company wants to stop using ActiveX plug-ins, it has to use an alternative technology that offers the same level of security. But to use such a technology, they have to get approval from a government appraisal committee.

Even after over a year of formation, the committee has yet to make a single approval.

The situation is starting to get slightly better for the end users. While web developers have started understanding the importance of supporting other browsers for most websites, the e-commerce and banking sites are still stuck in IE only mode.

Imagine the irony, on one hand South Korea is supposedly one of technologically advanced countries, with the fastest Internet speeds, while on the other the citizens are forced to use a single web browser, and perhaps the worst one at that, when there are so many alternatives available.
Comments