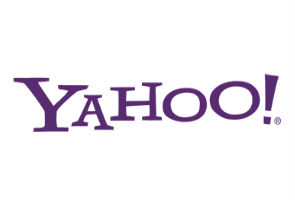 Highlights
Criminal proceedings will continue against Yahoo India which had moved the Delhi High Court against a lower court order summoning it for allegedly hosting objectionable content.

Refusing to stay the criminal proceedings against the website, Justice Suresh Kait today declined to pass any order "at this stage" and fixed the matter for March 1, saying he will hear the case before the trial court hears it on March 13.

Appearing for Yahoo India Pvt Ltd, senior advocate Arvind Nigam claimed that the company's name did not figure in the complaint and submitted that the high court should stay the proceedings.

The court deferred the matter after Vinay Rai, the complainant before the lower court, submitted that he has not received a copy of the petition as yet and it would be difficult for him to file the reply.

Earlier on January 20, the high court had issued notice to the Delhi Police on a plea by Yahoo India Pvt Ltd challenging the summons issued to it by the magisterial court for allegedly hosting objectionable content.

The court had then allowed Yahoo India's plea that its case be heard separately. Yahoo India had said the the complaint and the order of the magistrate dealt with alleged objectionable material retrieved from various websites including Zombie, Orkut, Youtube, Facebook, Blogspot and none of them pertained to Yahoo.

Referring to Rai's complaint, it had said no material in the complaint was downloaded from Yahoo India which forms part of the case in which 20 other websites have also been summoned.

"I am not a social networking site like other accused in the case. I only provide email and chat services. Moreover, no objectionable material has been attributed to me and hence my case is different from others," Nigam had said during the last hearing.

The magisterial court had on December 23 issued summons to 21 websites for allegedly committing offences of criminal conspiracy, sale of obscene books and obscene objects to young persons.

The Centre had earlier filed a report before the lower court saying, there was sufficient material to proceed against the 21 websites for alleged offences of promoting enmity between classes and causing prejudice to national integration.

Out of the 21 websites, Google India and Facebook India had also moved the high court against the magistrate's order, saying the summons be quashed as they did not commit any offence.
Comments