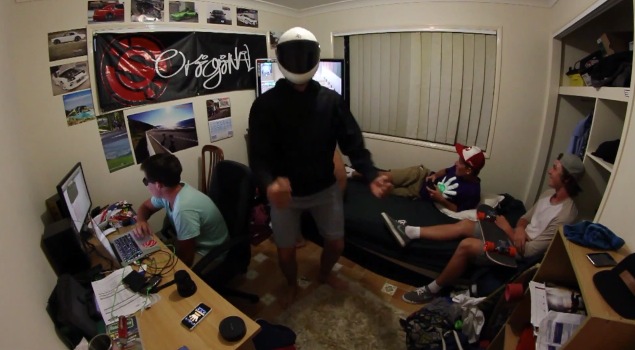 A relatively unknown dance move from Harlem looks set to have triggered off this year's biggest Internet sensation. Harlem Shake, a dance that originated in Harlem in the 1980s, is the latest Internet phenomenon that has triggered a series of viral videos. The videos have become so popular in such a short time, that YouTube was forced to acknowledge their popularity via a blog post.

The post titled "The Harlem Shake Has Exploded" on the YouTube Trends blog explains how and when it all started on 2nd February:

The meme first started gaining traction last week and is attributed to a silly video from a vlogger named "Filthy Frank." Though it was another user named SunnyCoastSkate who then established the form we've become familiar with: the jump cut, the helmet, etc.

From there, the spin-offs spread very quickly. As of the 11th, around 12,000 "Harlem Shake" videos had been posted since the start of the month and they'd already been watched upwards of 44 million times. As you can see in the chart below, over 4,000 of these videos are being uploaded per day and that number is still likely on the rise.

That's right, in 10 days, around 12,000 Harlem Shake videos have been uploaded and generated over 44 million views, with new videos now coming at over 4,000 per day.

So what exactly is Harlem Shake? Legend has it that it was started by a man by the name of "Al B". (Source: Wikipedia) Al B was an alcoholic who would perform the dance upon request. Originally the dance was called the "albee", after its 'founder', but later the move came to be known the Harlem Shake.

Doing the Harlem Shake is pretty simple. Just shake your hands and body like crazy. There's nothing else to it, really. To the creator of the move, the beauty is in the simplicity. "(Harlem Shake is) a drunken shake anyway, it's an alcoholic shake, but it's fantastic, everybody appreciates it."

There's no betting how far this trend of Harlen Shake videos will go but it already has a Wikipedia entry of its own. A single video may not garner the billion hits that 'Gangnam Style' did, but Harlem Shake looks set to create a record of the number of videos uploaded on a single theme.

The video that started is available for viewing here and featured below is the college video that truly went viral and sparked a bunch of copy cats. Warning: You may find yourself forced to do the Harlem Shake after viewing this video.