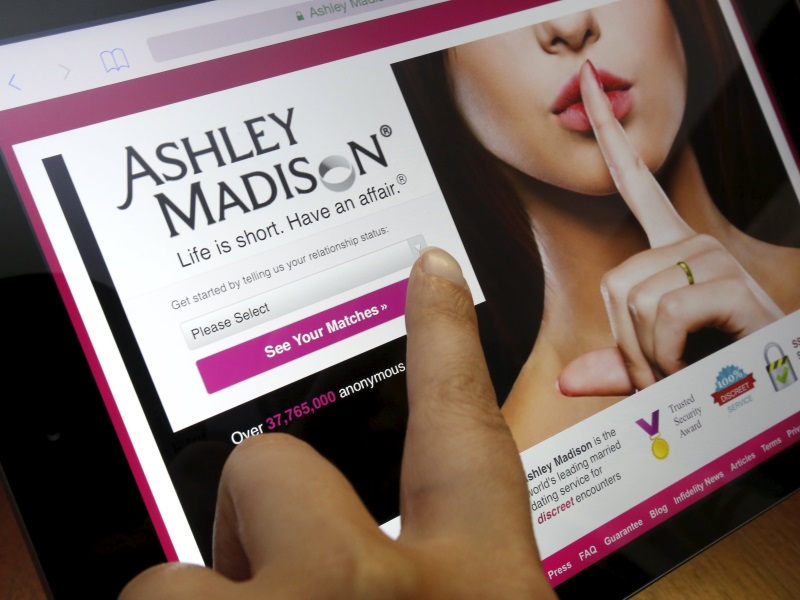 Hackers have followed through on a threat to release online a huge cache of data, including customer information, that was stolen a month ago from cheating spouses website AshleyMadison.com, several tech websites reported on Tuesday.

Reuters was not immediately able to confirm the authenticity of the posting. The data was posted onto the dark web, meaning it is only accessible using a specialised browser, although vast lists of hundreds of email addresses including many linked to corporations and universities sprouted up on other sites hours after the news broke.

The hackers, who call themselves The Impact Team, leaked snippets of the compromised data in July and threatened to publish names and salacious details of as many as 37 million customers unless Ashley Madison and EstablishedMen.com, another site owned by Toronto-based parent company Avid Life Media, were taken down.

While other higher-profile attacks such as those on big companies, like Sony Pictures Entertainment and Target, have seen credit card data of customers stolen, this attack appeared to confirm that the hackers were not driven by blackmail or commercial motives, but rather ideological ones.

Identifying customers on Ashley Madison, which uses the slogan "Life is short. Have an affair," could have far-reaching consequences for individual people.

Police and intelligence sources have said it appeared to be an inside job.

Still the dump was massive, according to Troy Hunt, a Microsoft security expert, who said more than 1 million unique email addresses were attached to payment records.

Tech website Wired said 9.7 gigabytes of data was posted, and appeared to include member account and credit card details.

"Avid Life Media has failed to take down Ashley Madison and Established Men," Wired quoted Impact Team as saying in a statement accompanying the online dump.

"We have explained the fraud, deceit, and stupidity of ALM (Avid Life Media) and their members. Now everyone gets to see their data," the hackers said, according to Wired.

Avid Life, did not immediately respond to emails and phone calls seeking comment.

Toronto-based cyber-security firm Cycura, which was hired by Avid Life to investigate the attack, said it was not authorized to speak on the matter.