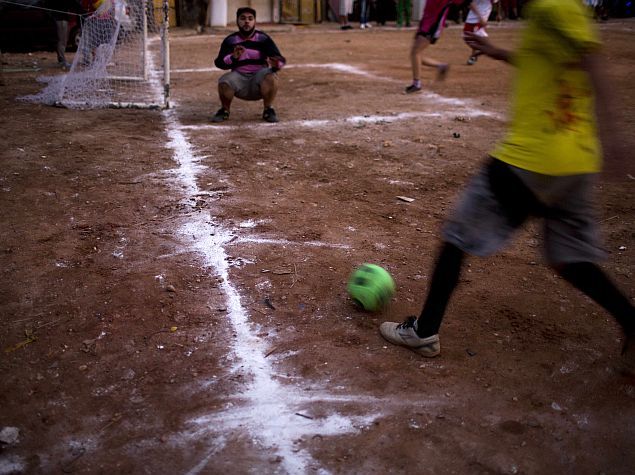 Hackers claim they have carried out attacks against dozens of Brazilian websites linked to the soccer World Cup, including those of tournament sponsor Hyundai, a state government and Brazil's intelligence agency.

"We had a busy last few days and there is more still to come," a hacker who calls himself Che Commodore and who claims to be a member of the Anonymous hacker collective told Reuters on Wednesday.

"Companies and institutions that work with a government that denies the basic rights of its people in order to promote a private, exclusive and corrupt sports event will be targeted," he said, declining to give his real name.

A DDoS consists of taking a web site down by overriding its server with multiple access requests. Defacement is when hackers manipulate the appearance of a site, often introducing hostile messages.

The cyber attacks add to concerns about the 32-nation soccer tournament that kicks off on Thursday in Sao Paulo.

Experts have warned about Brazil's lack of infrastructure and awareness to withstand computer attacks.

The tournament has already been overshadowed by widespread discontent among Brazilians over the billions of dollars spent on stadiums.

The web site of the government of Mato Grosso state, where Chile face Australia on Friday, came under attack on Sunday afternoon, an official said.

"Our site was hacked," said Daniele Cunha, a spokeswoman for the local government. "We were able to take it off the air and restore the service within 30 minutes."

A spokesman for Brazil's defense ministry said they have detected an "increase in hacker activism," but no attacks on federal government sites have been reported so far.

A loosely-knitted hacker network this week posted a list of 27 websites they claimed to have attacked.

A spokesman for Brazil's intelligence agency ABIN said its web site was briefly taken off the air on Saturday for scheduled maintenance and denied this had been a result of an attack. "Totally false," he said.

Automaker Hyundai in Brazil, whose site was also included on the target list, also denied it was hit by hackers.

Computer experts this week warned about Brazil's weak cyber defenses. William Beer, a cyber security analyst with Alvarez & Marsal, said it could be too late.

"Even though people are starting to realize there are problems, a lot of sites have probably already been attacked and are infected," he told Reuters. "Now it is not so much a question of if but when they will be brought down."