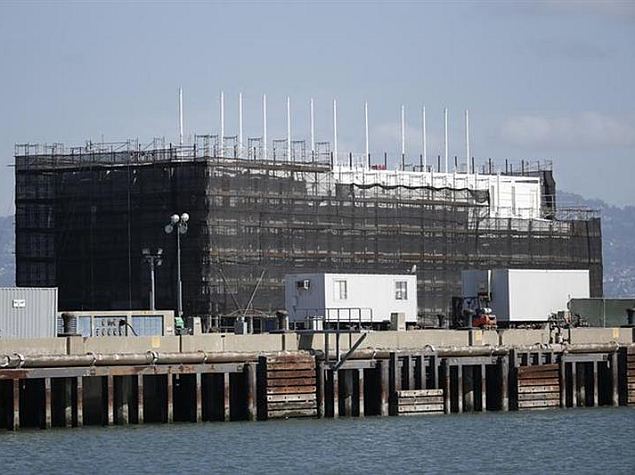 Internet giant Google says it is exploring using a large barge as an interactive learning centre.

A statement released Wednesday from Google's press centre may help end weeks of speculation about the purpose of structures on two barges, one being built in the San Francisco Bay, another off Portland, Maine.

The press statement reads: "Google Barge ... A floating data center? A wild party boat? A barge housing the last remaining dinosaur? Sadly, none of the above."

Google says "although it's still early days and things may change," the company is exploring using the barge as an interactive space where people can learn about new technology.

Google did not specify in the statement if it was referring to both barges or, if just one, which one, and the firm did not immediately respond to requests for comment.
Comments