Google will sell brand names as keywords in Europe 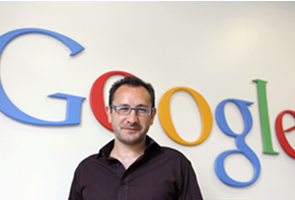 Highlights
The Internet giant Google said on Wednesday that it would change its search policy for most of Europe to allow advertisers to buy and use as keywords terms that have been trademarked by others.

Previously, brand owners could file a trademark complaint with Google to prevent third-party ads from being returned alongside the results of a search of a trademarked name, like Louis Vuitton or Prada.

The decision will be effective Sept. 14 and extends to the rest of Europe changes that were made in Britain and Ireland in 2008. In the United States and Canada, Google has been using the policy since 2004.

Google's move stems from a decision by the European Court of Justice in March. The court broadly ruled that Google had respected trademark law by allowing advertisers to bid for keywords corresponding to third-party trademarks.

Brand owners, led by the French luxury goods company LVMH Moët Hennessy Louis Vuitton, had argued that only they or authorized sites should be able to buy and use such trademarked terms in searches, so as to protect their brand value. They now face the prospect of having the ads of third-parties offering their products being displayed in search results.

Trademark owners who feel that third-party ads confuse users as to the origin of the goods and services will still be able to file complaints with Google, and the search company said it would take down the ads if it agreed that they were confusing.

Dominic Batchelor, a corporate partner at the legal firm Ashurst based in London, said the decision "will come as a blow to rights holders" in the battle "over policing content in a challenging online environment."

"The onus will be on rights holders to monitor and assert their rights," he said. "How readily Google responds to complaints about infringing use remains to be seen."

Ben Novick, Google's communications manager for the region, stressed that the company would continue banning ads for counterfeit goods.

"We work with multiple brands to identify counterfeit goods," he said.
Google's clients are now being informed of the changes.

Legal experts have said that the European ruling stopped short of the definitive precedent that Google and brand owners alike had sought. Instead, it contained caveats that could result in a new flurry of lawsuits over the sale of "sponsored links" generated by Google searches.

Google argues that selling brand names as ad keywords to multiple bidders helps consumers because it allows them to find product reviews, sellers of second-hand goods and other information. It stressed that the new policy would not extend to the actual display text in search findings.

After the introduction of the changes in Britain and Ireland, there was disquiet among some advertisers, he said, followed by "a period of calm within a few weeks."

The changes will benefit the company's hugely successful AdWords service, through which advertisers bid for keywords; their ads are ranked based on the price paid and other variables. The system works on a pay-per-click basis.

The company would not speculate how much additional revenue the decision might bring.

AdWords is the bedrock of the company's success, accounting for approximately 95 percent of revenue.

Last month, Google said its second-quarter revenue rose to $6.82 billion, from $5.52 billion in the equivalent quarter a year ago. Net profit rose to $1.84 billion, from $1.48 billion.