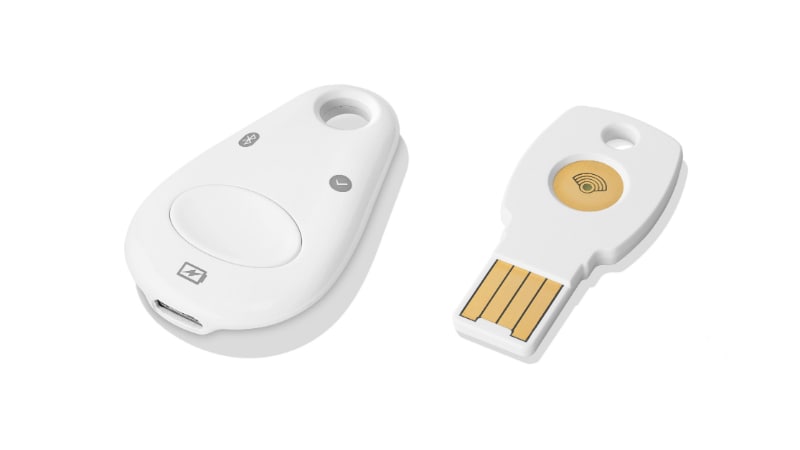 Google at its cloud computing-focused Cloud Next 2018 has unveiled the Titan Security Key as its native FIDO-compatible security key to protect enterprise customers against online attacks. The latest development comes just after it was reported that the use of physical security keys helped over 85,000 Google employees prevent phishing attacks for over a year. The Titan Security Key is initially available to Google Cloud customers, though it will also go on sale for the masses through the Google Store in the coming future. It takes on the offerings by Yubico that are already protecting the experience on Gmail and other web services.

The Titan Security Key comes in two variants; while one supports Bluetooth and NFC to enable 2FA (two-factor authentication) for mobile devices, the other variant comes with a standard USB port to enable protection on PCs and notebooks. Both feature a security element that includes a firmware developed by Google to verify the key's integrity. "We've long advocated the use of security keys as the strongest, most phishing-resistant authentication factor for high-value users, especially cloud admins, to protect against the potentially damaging consequences of credential theft," writes Google Cloud's Product Management Director Jennifer Lin in a blog post. "Titan Security Key gives you even more peace of mind that your accounts are protected, with assurance from Google of the integrity of the physical key."

With the launch of the Titan Security Key, Google has eventually entered the market of security keys and once again prompted U2F (Universal 2nd Factor) that comes as an upgrade to the traditional 2FA. The company led by Sundar Pichai already adopted security keys internally that recently found to have helped not just tens or hundreds but over 85,000 employees. Likewise, the use of security keys on services such as Gmail and Google Drive isn't new, as companies such as Yubico are already offering their in-house solutions for major Google services. A support page by the company also hints at the ongoing plans to boost the usage of security keys in order to protect enterprise customers from targeted online attacks.

Apart from confirming its interest towards security keys, Google at Cloud Next announced its Edge TPU (Tensor Processing Unit) that comes as a purpose-built ASIC chip to run TensorFlow Lite models. It helps connected sensors make real-time, intelligent decisions locally, "at the edge" - without requiring an additional resource. There is also a software stack called Cloud IoT Edge that extends Google Cloud's powerful AI capability to gateways and connected devices and let developers build and train machine learning models in the cloud.

Google Edge TPU shown with a standard US penny

Enabling developers to start building their solutions using the Edge TPU, Google is set to offer a development kit that will include the Edge TPU, NXP CPU, Microchip secure element, and Wi-Fi antenna. It will be available to developers starting this October. A dedicated Google form has been created to sign up for early access.