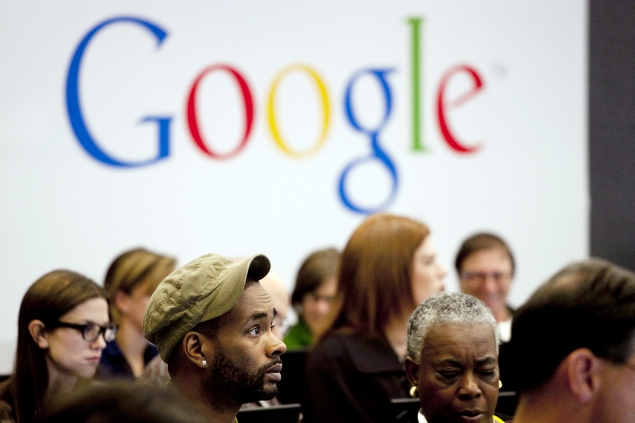 Internet giant Google has warned it would exclude French media sites from its search results if France adopts a law forcing search engines to pay for content, in the latest confrontation with European governments.

A letter sent by Google to several French ministerial offices this month said it "cannot accept" such a move and the company "as a consequence would be required to no longer reference French sites," according to a copy obtained by AFP.

France's new Socialist government, which is open to helping struggling media companies, warned Google that it should not threaten democratic governments.

Google said a law which would require it to make payments to media sites for displaying links to their content, would "threaten (Google's) very existence".

It also noted that Google "redirects four billion 'clicks' per month towards the Internet pages" of French media.

Media have had difficulty benefitting from the Google traffic, however, as online readers resist paying for access when so much content is free on the Internet.

Newspapers around the world have seen their bottom lines come under pressure as their print advertising revenues slide as more people read news online.

Google takes in tens of billions of dollars annually as companies seek to advertise their wares as Internet users search for content.

Leading French newspaper publishers last month called on the government to adopt a law imposing a settlement in the long-running dispute with Google, forcing it and other search engines to share some of the advertising revenue from user searches for news contained on media websites.

Their demand follows the German government approving in August draft legislation that would force search engines to pay commissions to German media websites.

Google France has said that it believes such laws "would be harmful to the Internet, Internet users and news websites that benefit from substantial traffic" sent to them by Google's search engine.

The French government has been receptive to the plea of newspaper publishers.

French Culture Minister Aurelie Filippetti told a parliamentary commission this week that she was in favour of the idea, calling it "a tool that it seems important to me to develop".

She said she was surprised by the tone of Google's letter.

"You don't deal with a democratically-elected government with threats," Filippetti told AFP on Thursday.

A media association also criticised Google's attitude, calling it a "complete refusal by the dominant actor on the market of all dialogue."

The IPG association of newspapers and magazines said the objective of discussions should be finding an acceptable compromise that would recognise the value they bring to search engines and would help the further development of both of them.

Google France representatives are to meet Friday with officials from the finance ministry to discuss the project and this week's statement from European data protection agencies saying Google's new privacy policy does not comply with EU laws.

Google rolled out the new privacy policy in March, allowing it to track users across various services to develop targeted advertising, despite sharp criticism from US and European consumer advocacy groups.

The EU agencies told Google it had a few months to fix the policy or face legal action.

EU competition authorities also have an ongoing anti-trust probe into whether the Internet search giant had abused its dominant market position.

Google made several proposals in July to address concerns about preferential treatment in its search results, doubts over Google's full respect of copyrights; and restrictive measures in advertising.

The EU competition authorities have yet to say if they are satisfied with the remedies Google has proposed.

If not, it could choose to issue a formal statement of objections.

Fines eventually imposed under this type of probe could reach up to 10 percent of a company's sales meaning record EU penalties.