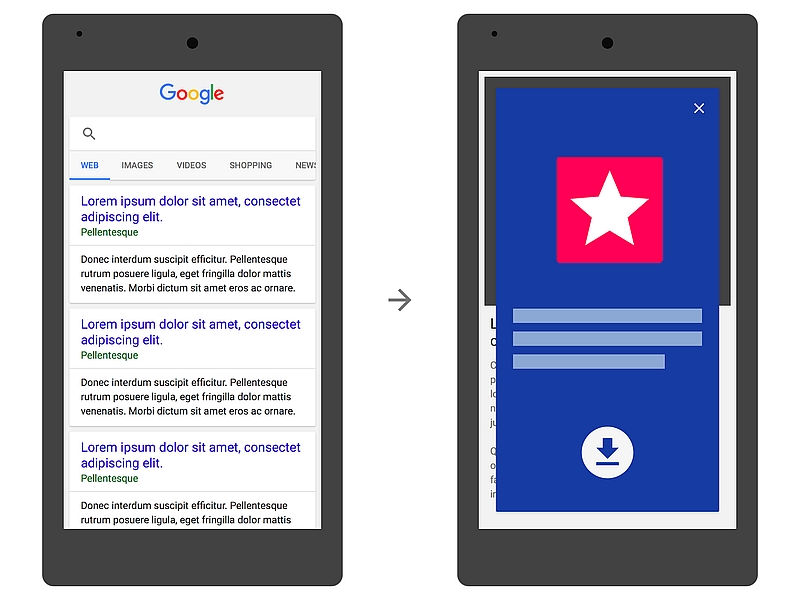 Following its announcement back in September, Google on Tuesday implemented its decision to downrank mobile webpages that show large app install advertisements in the foreground. These webpages will not be marked as mobile-friendly.

"Sometimes a user may tap on a search result on a mobile device and see an app install interstitial that hides a significant amount of content and prompts the user to install an app. Our analysis shows that it is not a good search experience and can be frustrating for users because they are expecting to see the content of the Web page," Google had then said in a blog post.

The Google Webmasters team the announcement on its Google+ page. The post further recommended that instead of giving full-page interstitials, the webmasters can use mobile-friendly formats such as app install banners. "We hope that this change will make it easier for searchers to see the content of the pages they are looking for," the blog post added.

The latest announcement shouldn't come as a surprise as Google in September mentioned the new algorithm would go live starting November 1. It added that this would not affect other types of interstitials. "App install banners are supported by Safari (as Smart Banners) and Chrome (as Native App Install Banners). Banners provide a consistent user interface for promoting an app and provide the user with the ability to control their browsing experience," said Daniel Bathgate, Software Engineer, Google Search in Google Webmaster blog post.