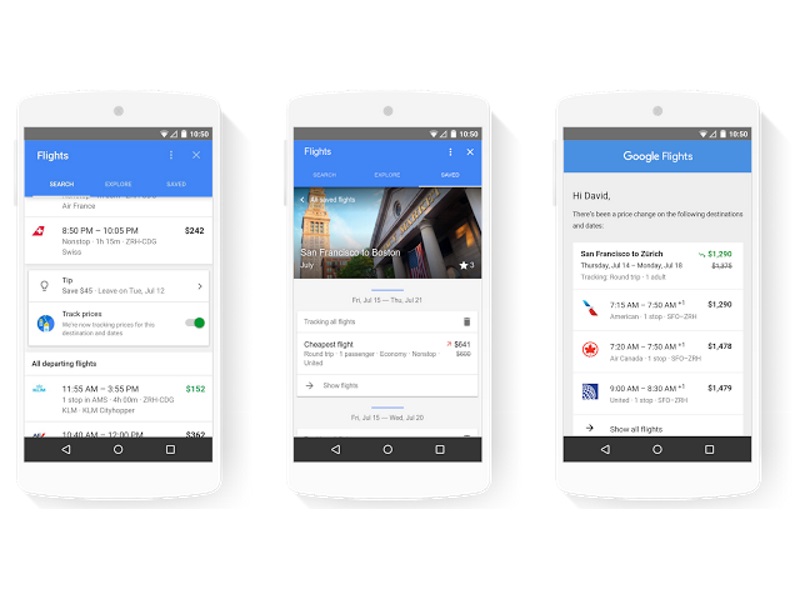 Google, on Tuesday at a press event in New York, announced new updates to its search engine that will ease your travel preparations and will help you find cheap flights and book hotels according to your needs. The motive behind these updates seems primarily to get travellers economically favourable deals.

For example, while searching for hotels, you can search by typing "hotels with sea-view rooms in Goa". After the list of hotels with the searched criteria turns up, you can further zero in by using filters such as "under $300", which would filter and only show you the hotel rooms with sea-view that are available for under $300.

You can various criteria such as smoke-free, pet-friendly, kid-friendly, and with laundry service, to find hotels that suit you best. You can choose whether you wish to stay at a luxury or budget hotel as well by selecting the corresponding filter.

Google will now also start highlighting deals where a hotel is available at a rate lower than its normal rate. "These deals are automatically identified by our algorithms when we see a significant reduction in price. In our early tests, we've seen that hotels marked as deals receive about twice as many bookings as other hotels," the company said in an AdWords blog post.

The search engine giant now also allows users to track fare changes for particular flights and get a notification if the rates increase or decrease through email and Google Now cards. It said that the feature is rolling out over the course of the next few weeks in all 26 countries where Google Flights is available currently.

The company also announced some updates to its advertisement section. The company will start showcasing shopping ads on YouTube via a companion banner. The company is also working on a currency conversion tool in results that would let you know the price when you purchase goods from another country
Comments