Google Search Results Are Personalised Even When Users Are Logged Out, DuckDuckGo Study Claims 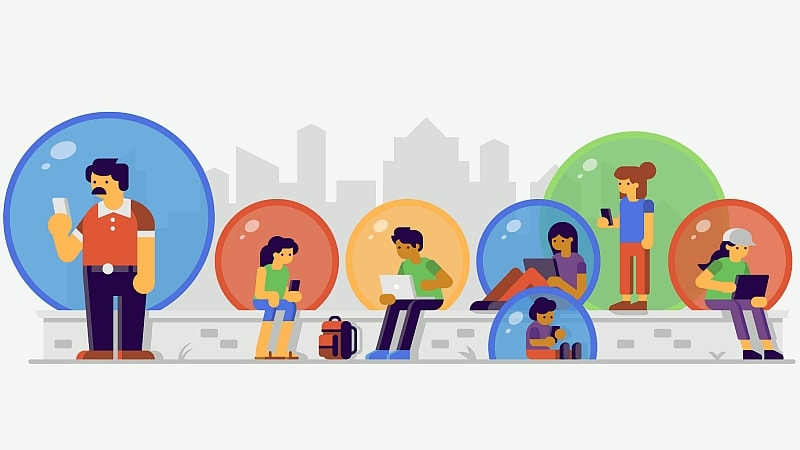 Google says the methodology of the DuckDuckGo study is flawed

A study by privacy-focused search engine DuckDuckGo claims that Google personalises search results regardless of whether the user is logged in, or, using incognito mode on their browser. It refers to this as Google's 'filter bubble' problem, where the search giant is claimed to filter search results based on the user. One must note of course, is that DuckDuckGo is a Google Search rival, and its study may be biased.

Google has disputed the results, calling the methodology of the study flawed, and said that instead a number of factors are involved that may lead to slight differences in search results between users, not just personalisation. These factors include time and location - something Google claimed the DuckDuckGo study did not control for properly. Google's public liaison for search also chimed in, explaining in greater detail that what may appear to be personalisation could in fact be based on non-personalised reasons.

DuckDuckGo for its study used 87 participants (76 on desktop, 11 on mobile) across the US, who searched at the same time when logged out, and in private browsing mode. These volunteers searched for "gun control", "immigration", and "vaccinations", and then repeated the searches when in non-private browsing mode.

It claims that most study participants saw results that were unique to them. These differences in results between participants couldn't be explained by "changes in location, time, by being logged in to Google, or by Google testing algorithm changes to a small subset of users," the study added.

The study noted that on the first page of search results, Google included links for some participants that it did not include for others, even when logged out and in private browsing mode (such as Incognito on Chrome).

The DuckDuckGo study claimed that results within the news and videos carousels also differed significantly between participants. "Even though people searched at the same time, people were shown different sources, even after accounting for location," it noted. It concluded that "it's simply not possible to use Google Search and avoid its filter bubble."

A Google spokesperson in a statement to The Verge disputed the results of the DuckDuckGo study, and claimed "This study's methodology and conclusions are flawed since they are based on the assumption that any difference in search results are based on personalisation. That is simply not true... In fact, there are a number of factors that can lead to slight differences, including time and location, which this study doesn't appear to have controlled for effectively."

The Verge also notes that Google in the past hasn't shied away from admitting that a level of personalisation does occur, and in 2009 said that it uses an anonymous cookie to track users based on "location, language, search history, and other factors."

As we mentioned, the Google SearchLiaison Twitter handle, helmed by Danny Sullivan formerly of Search Engine Land fame, also had some points to make about the "myth" that Google Search personalises search results, providing different results even when different users search the same query. Sullivan claimed that Google does not personalise search results based on demographic profiles, nor create such profiles for use in Google Search. He added that while Google does personalise some results, this doesn't happen often, and doesn't dramatically change results between people.

Sullivan noted that users have the option to disable personalisation based on their account activity by visiting their Web & App Activity settings, where they can choose to keep their search history in Chrome, but exclude Chrome and app activity. He carries on to claim that often the reasons two users see different results for the same query is because of non-personalised reasons, i.e., location, language settings, platform, and the dynamic nature of search where because Google's data centres are being constantly updated with the latest information, and that not all centres are updated simultaneously, changes may not reflect for every search user at the same time. Google's latest search ranking algorithms may not have rolled out to each data centre either, Sullivan claimed as one of the reasons for discrepancies between results for the same queries.