Google AR search allows users to view the insects in 3D superimposed in the surroundings. 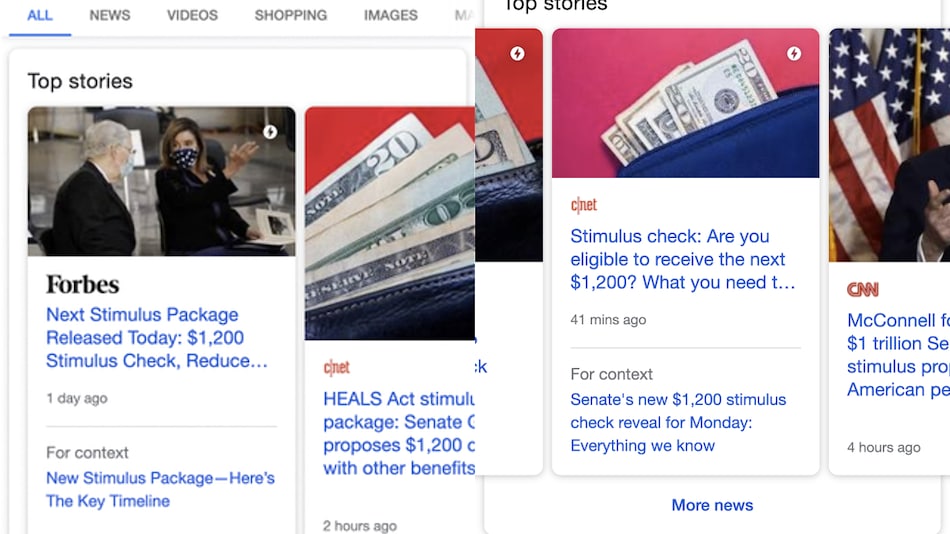 Google is testing a new ‘For Context’ feature in Google News

Google has reportedly added 23 new insects to its AR search feature, allowing users to virtually see them roaming in their homes. The new insects added to AR search include various kinds of beetles, butterflies, and cicadas. Separately, Google is also testing a new ‘For Context' feature in Google News. This feature will essentially give you a broader perspective on the primary news search. The contextual link shows up right below the main news, and this context link is usually from the same publication.

Google has added various kinds of beetles and cicadas to AR Search
Photo Credit: The Verge

To search for the new insects, type the name in search and then click on the ‘View in 3D' option. The insect will then superimpose into your background and buzz around the house. This feature works only on AR Core supported devices running on Android. iPhone users will need to run on iOS 11 software.

Separately, Google has started showing context links in Google News for specific search results. This feature was spotted by Valentin Pletzer, and it appears to be live only on mobile for now. Few Google News stories have an additional small box at the bottom that show context links about the same topic from the same publication. This ‘For Context' box shows up only for a few publications and only for a few stories for now. Google may be testing it with a few publications, and stories from CNET and Forbes appear to be showing context links. These links look to offer a bigger picture about the primary story in Google News. There is no clarity on when this feature will roll out broadly for all users, and how exactly it will work.