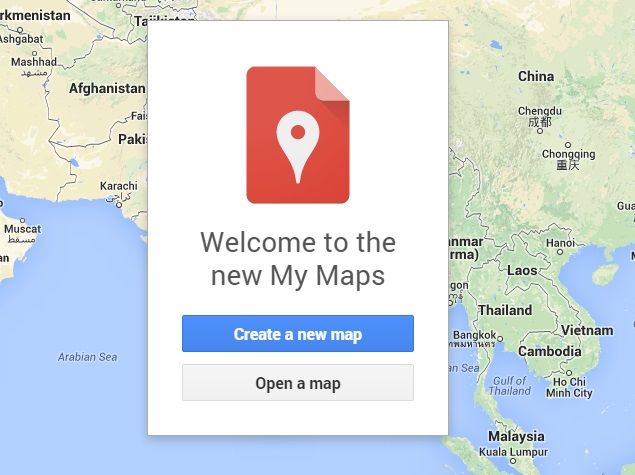 If you are among those who like to create custom maps to share and publish them online, there might be a chance you have heard of the Google Maps Engine Lite.

Google has announced it is rebranding its Google Maps Engine Lite custom maps app to My Maps.

The company further revealed that it will upgrade all maps created in classic Google Maps Engine Lite app to the new My Maps by end of this year. However, users can get started right away by upgrading to the new My Maps.

Announcing the new My Maps, Google via its Google Maps support page notes, "In the coming months, you're going to see a new, more powerful Google My Maps. You can update your saved maps now or wait and they'll get updated to the new My Maps automatically."

The new My Maps Android app is now available for download on Google Play and the app's What's New section lists that the new app name and logo My Maps in place of the old Maps Engine, apart from improved search and marker adding.

The new app just like the classic Maps Engine will offer users option to save places, driving directions, add photos and videos, and more. Google has also added new features such as sharing a map (much like sharing a Google Doc); use different colours for parts of map; include images and YouTube videos; directly labelling features on the map; import locations from a spreadsheet, and organise places with layers.

For regular Maps Engine Lite users, the search engine giant notes that they won't be able to access, create, or edit the created My Maps from the classic Maps Engine any longer. Also, users who want to access the custom maps have to download the new My Maps for Android app. Google Maps for Android app or the Google Earth iOS app will not show the custom maps, notes Google.

Additionally, Google also announced expansion of its Google Maps Gallery, where publicly shared custom maps can be accessed. Google defines its Maps Gallery as an interactive, digital atlas where anyone can find rich, compelling maps from governments, businesses, non-profits and schools.

In a blog post Heather Folsom, Product Manager, My Maps said, "Starting today, you can get a little inspiration by going to Google Maps Gallery and browsing publicly shared custom maps of all types."