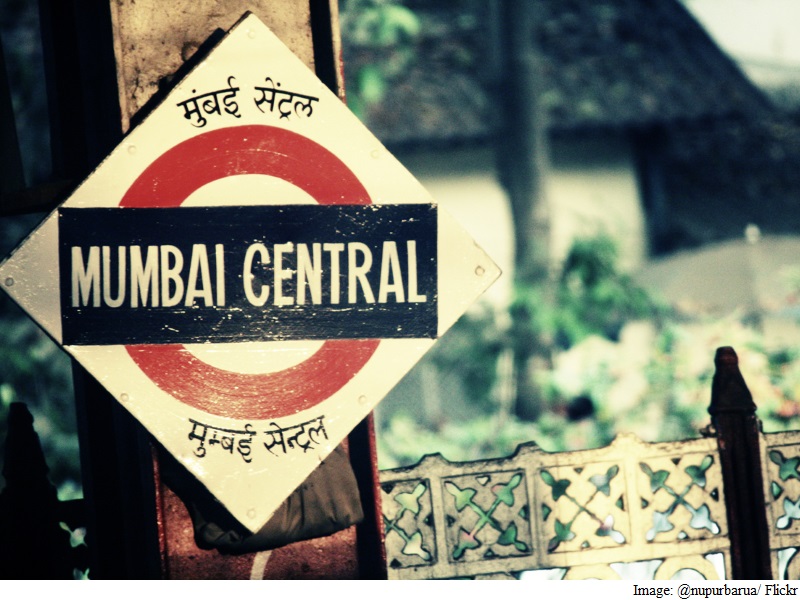 Google India and Indian Railways' arm RailTel on Friday announced the availability of free high-speed public Wi-Fi service at the Mumbai Central station. To recall, the public Wi-Fi project for Indian Railways was announced back in September when Prime Minister Narendra Modi visited the Google headquarters in Mountain View.

The search giant in an emailed statement on Friday said that it will expand the free public Wi-Fi network to 100 of the busiest railway stations in India by the end of this year, and eventually expand to 400 railway stations. Next in line are stations in Allahabad, Patna, Jaipur, and Ranchi.

"Even with just the first 100 stations online, this project will make Wi-Fi available to millions of Indians - who pass through railway stations every day, making it the largest public Wi-Fi project in India and among the largest in the world by number of potential users," the statement added.

The Google RailWire public Wi-Fi service will be accessible by Wi-Fi enabled mobiles. The emailed statement details the process of logging onto the network.

How to log in to Google and Railwire's free public Wi-Fi:
1) Users will have to visit the Wi-Fi Settings of their smartphone, and select the RailWire network.

2) Users then have to open their mobile browser, and then navigate to railwire.co.in.

3) On the RailWire website, users will be prompted to their phone number on the Wi-Fi login screen, and then press Receive SMS.

4) Users will receive an SMS message with a 4-digit OTP (one-time password) code, and they will then have to enter the code at the Wi-Fi login screen, and click Done.

5) Users will then be shown a checkmark, which confirms they are connected to the free Wi-Fi. 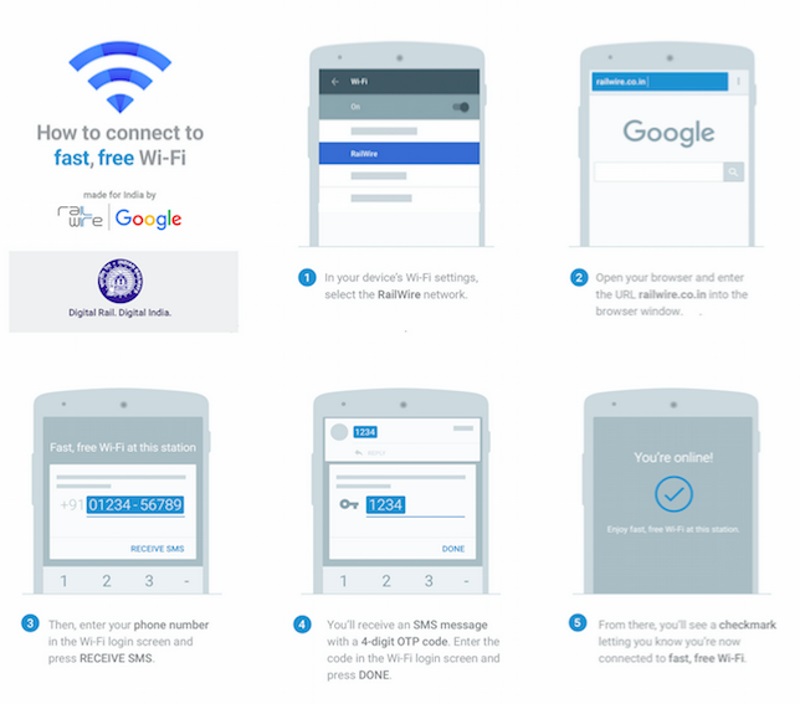 Commenting on the launch, Chairman and Managing Director of RailTel Shri R. K. Bahuguna said, "Our intent was to fulfil Indian Railway's vision of providing Railway passengers access to high speed Internet through our optical fibre communication network. Affordable smartphones have made it possible for the common men to experience the power of Internet. With our partnership with Google, we are very confident of rolling out a robust, scalable service at Railway stations in the near future."

Speaking at the launch, Rajan Anandan, VP & Managing Director, Google South East Asia and India said, "We're delighted to launch India's first high speed public Wi-Fi service in partnership with Indian Railways. Bringing affordable Internet access to millions of people is an important part of making the Internet both easily accessible and useful for more than 300 million Indians who are already online, and the nearly one billion more who are not. By end of this year over 10 million people will be able to enjoy this experience at 100 stations spread across the country. I would like to thank the Indian Railways for their support and vision to provide a world class high speed public Wi-Fi network at the stations."

"We've focused on delivering a network that is at par with the high speed public Wi-Fi network that is available to users in developed countries. The network is built for wide coverage and high capacity usage unlike a typical Wi-Fi hotspot which offers connectivity in limited area and poor experience. This network will extend to cover both long distance train station and the local train station in Mumbai Central. The next four stations we'll bring online will be Allahabad, Patna, Jaipur and Ranchi and others will follow very shortly," said, Gulzar Azad, Head of Access Project, Google India