Google Partners With Twitter to Include Tweets in Public Disaster Alerts 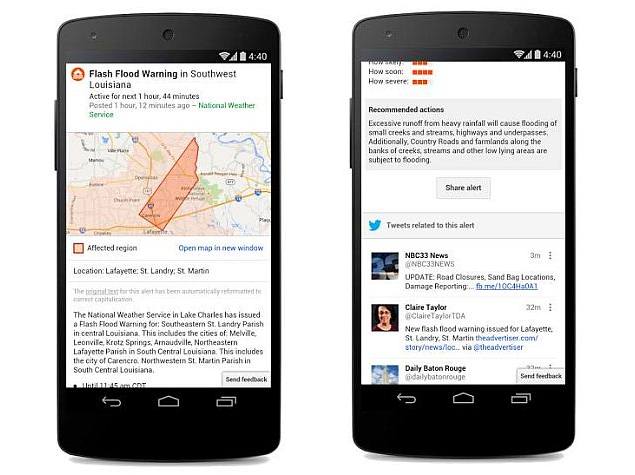 Now, when the company issues a public disaster alert from official sources, such as the National Weather Service, it will include relevant tweets in Google Now, Search and Maps, as well as on its Public Alerts website.

"Starting today [June 3], you can find relevant data from Twitter on a subset of Google Public Alerts. We launched Public Alerts to provide updates from official sources, such as the National Weather Service, via Google Now, Search, and Google Maps. Now, some of the more extreme Public Alerts will include Tweets to help answer important questions: are schools closing? Are neighbours evacuating? What are people seeing on the front lines of a storm?" Google noted in its post.

The idea behind this is to have the public's tweets help answer questions in emergency situations. The feature is currently for English-speaking regions and only for Google's Public Alerts product. The company is also working towards adding "new kinds of social content to other products and geographies in the future."

Once partners in 2011, both companies has had issues in past. It seems that Google is leaving things behind and using Twitter's public API.

Although Twitter declined to comment on the news, but a Google spokesperson told Wired that the tweets are sourced via Twitter's public API and not the "firehose," or real-time data stream.