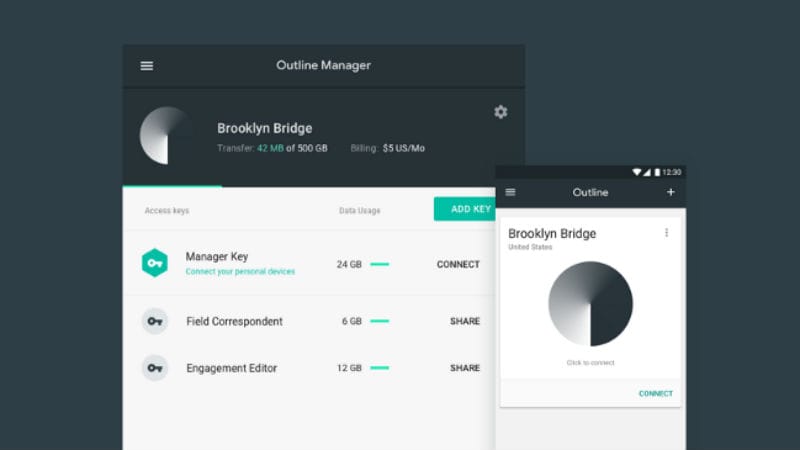 Google's sister company Jigsaw has launched an open-source virtual private network (VPN) called Outline. The Alphabet-owned incubator, known for technologies focussing on human rights, is now offering a software that enables users to set up VPN on a physical server as well as via a cloud service provider. Outline is said to be a tool that will help journalists to connect to their sources, outlets, newsdesks, as well as the open Internet from anywhere.

In a blog post, Santiago Andrigo, Jigsaw Product Manager lists out the features of Outline. He says that while there are several third-party services already available on the Internet, with Outline there is no chance of anyone spying on user's data. While people generally use VPNs to access to the Internet, they are not always secure. Andrigo says, "Most VPNs require you to trust a third party organisation with your data, which means you're not always sure who's running the servers and providing your access to the Internet. Some VPNs don't even use encryption."

Outline provides control over privacy to the user by enabling them to operate their own server. The company claims that Outline never logs a user's web traffic. Jigsaw lets the user set up Outline on any cloud provider or on their own infrastructure so that they can fully own and operate their own VPN. The software also uses "strong encryption" to keep the user's data private, according to the company. It supports AEAD 256-bit cipher encryption, and "is resistant to probing and stronger against protocol fingerprinting, which makes it significantly harder to block by modern deep-packet-inspection software."

Additionally, Outline is "completely open source," and Jigsaw claims that it is very easy to setup, and the security updates get automatically installed. "With Outline Manager you can create a server and share access with unlimited accounts. Use your own infrastructure or a cloud provider, many of which offer plans that start around $5 per month," said Andrigo.

The Outline software is currently available on Android (Android 5 and above), Windows (Windows 7.0 and above), and Chrome OS (Chrome OS 64 and above) devices, while the Mac and iOS versions are under development.

It is interesting to note that, Dan Guido, a security researcher, has claimed that he had launched an open-source, self-hosted VPN called AlgoVPN in late 2016 and that Google has plagiarised his work.

Amazon Offers Discounts on Galaxy A8+, Galaxy On7 Prime, and More