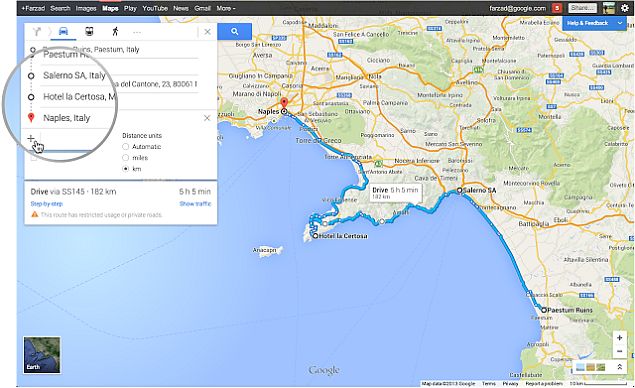 In an effort to tailor its Maps offering to the requirements of individuals, Google has announced new features and tools based on feedback from its users, namely: directions for multiple destinations; displaying relevant itinerary data within maps itself, and, displaying upcoming events data for venues.

Available for driving, walking, and biking, 'directions for multiple destinations' is a feature (pictured above) that will let users plot the best route for them on a map when visiting more than one destinations on a single trip. Users have to choose a starting point, then begin plotting by adding destinations with the '+' button, using either the search box, or directly clicking the locations directly on the map.

To plot the best route, users can re-order their destinations by simply dragging and dropping them in the list. The directions for multiple destinations feature also ties in with the new Views carousel, which will let users preview their destinations using Photo Tours, Street View, and other available imagery, within the same window.

For signed-in users, Google has tried integrating a Google Now-style digital assistant feature (pictured below), which will let such users see their flight, hotel and restaurant reservations whenever they open the relevant map. According to Google, "having all your stuff in one place makes it easier to manage your appointment details and plan your commute." 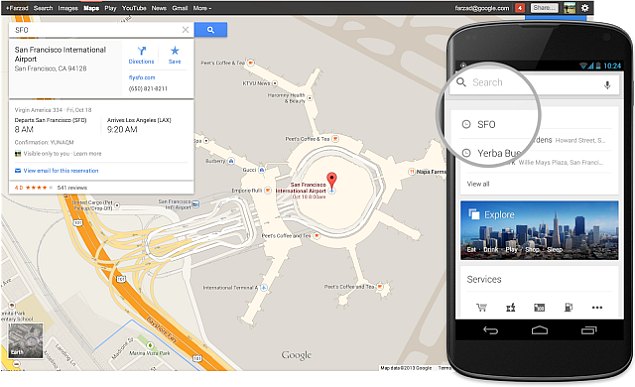 Google emphasised that these itinerary details are only visible to the individual user, and only when signed in on the desktop. The thrown-up data can be pulled by users when using the Google Maps apps, by accessing recent search history - synching from the desktop. For now, the feature is only available for US users, and only in English.

Finally, the 'Upcoming Events' feature (pictured below) is a card-based display of a venue's schedule. If you are unsure about the venues in the area, you can select them by category, such as 'music venues,' to be able explore what events will soon be held near you.

Google's promised a lot more features for Maps, which will be coming soon, and are products of their busy summer of development. You can see more details about the new features via the official Google 'Lat Long' Maps blog. 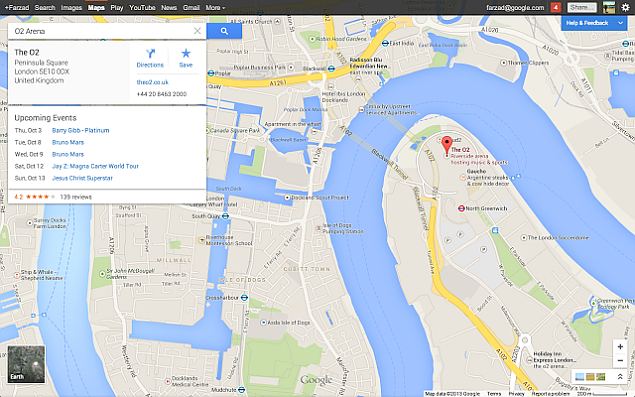