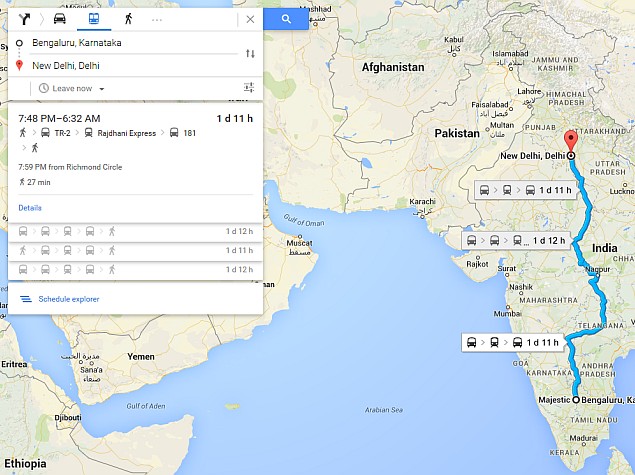 Google on Tuesday announced it has added Indian Railways schedules and public transport information for eight Indian cities to the Transit feature of Google Maps in the country. The updated India-specific features are already available for users to access via its Google Maps apps for Android and iOS, as well as Google Maps for the desktop.

"Google Transit is part of our effort to make Google Maps more comprehensive, accurate and useful for millions of people around the world who take buses, trains, metros or trams to their next destination. We hope that the addition of the Indian Railways schedules pan India and updated information for eight cities to Google Transit in India will make it a little easier to plan your next trip" said Suren Ruhela, Director, Program Management, Google Maps.

Explaining how to use the Google Transit feature, Google says users need to enter their destination into Google Maps, click Get Directions button, and then select the Public Transit icon to find which metro, train, or bus options are available to their selected destination.
Comments

Saavn Freestream Offers Free Data to Users on All Networks, but Is It Actually Fair?
BlackBerry Leap Review: For Some, a Leap of Faith