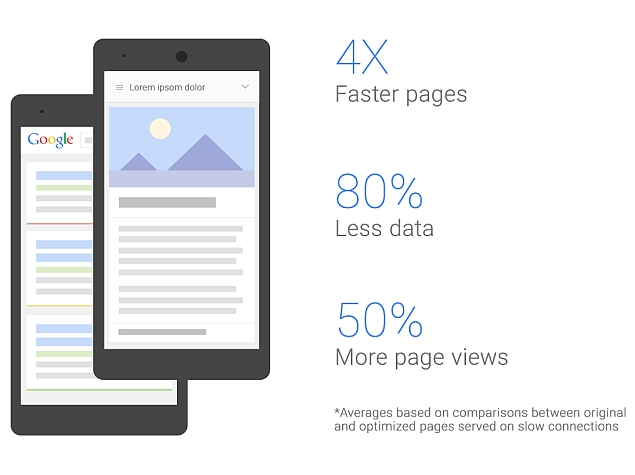 Technology giant Google on Thursday announced it would soon roll out optimised webpages for Google Search users on Android smartphones using the Chrome or Android browser. The feature, called which will also be made available in Brazil soon, will start rolling out in India in the next two weeks.

The new feature, which was field tested in Indonesia last month, and is available only for smartphones, is designed to make mobile webpages faster and lighter when accessed from Google's search results.

"We believe everyone should have fast and easy access to information online. However, many people still have slow and costly mobile connections. In two weeks, we'll start to roll out a new feature that will help pages load a whole lot faster, while using far less data, via Chrome or Android browser from Google's search results," Google Search Product Manager Hiroto Tokusei told reporters via a video conference.

In a blog post, Tokusei added, "If you're in India, with an Android phone and on a slow connection, like 2G, you should start to see pages loading a whole lot faster, while using far less data, via your Chrome or Android browser from Google's search results."

Tokusei said that while the optimisation technology is in its early days, Google's field test in Indonesia found the light webpages to load four times faster and use 80 percent less data than before, and that they saw a more than 50 percent increase in traffic. Users can visit the original unoptimised page by choosing the option at the top of the page.

The optimisation is done through transcoding or converting wepages on the fly, and websites can opt out of the service. Google adds that some pages will remain unconverted, including "video sites, pages that require cookies (such as personalised sites), and other websites that are technically challenging to transcode." More details are provided for webmasters, and the optimisation framework is internally being called Google Web Light.

Separately, it announced the setting up of an independent company, Sidewalk Labs, which will focus on developing new technologies to improve urban life. With a focus on improving city lives for residents, businesses, and governments, Sidewalk Labs is an attempt to develop technology combining both physical and digital worlds, Google said in a statement.

The new entity will be headed by Dan Doctoroff, the former CEO of Bloomberg and Deputy Mayor of Economic Development and Rebuilding for New York, it added.

"Sidewalk will focus on improving city life for everyone by developing and incubating urban technologies to address issues like cost of living, efficient transportation and energy usage," Google CEO Larry Page said in his blog post.

He added that this is a "relatively modest investment and very different from Google's core business."