Google is also taking a survey to update users with options available for their non-business legacy account in the coming months. 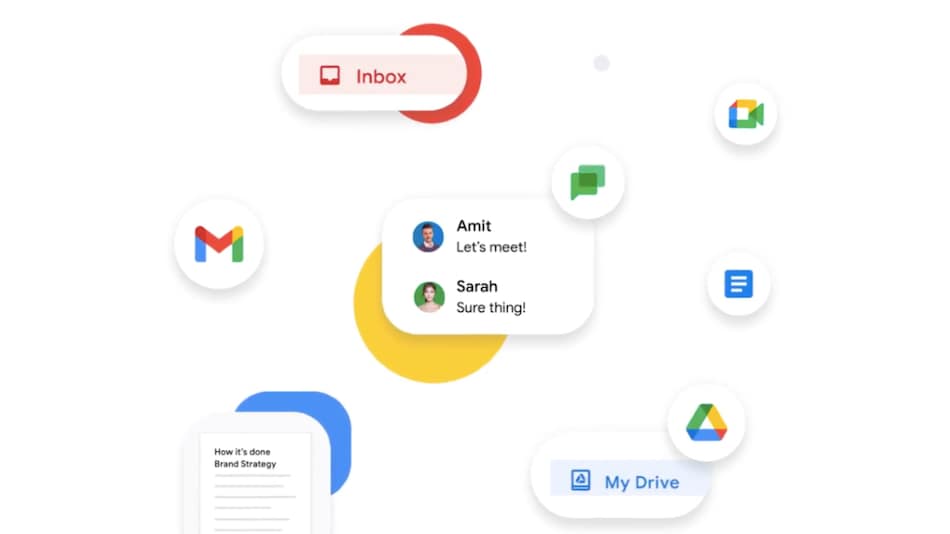 Google is working on a “no-cost” option for G Suite legacy users to let them move their content and data. The development comes after criticism from users over the company's decision to force early G Suite users to pay a monthly fee to continue to use the custom domain-based service. Users who would not want to move to a paid Google Suite (or Google Workspace) plan were earlier only given the option to lose their account and data.

As spotted by Ars Technica, Google has silently updated its support page detailing its original decision concerning G Suite legacy users that was announced last week. The update includes a new section that highlights the option to help users transfer their data.

“In the coming months, we'll provide an option for you to move your non-Google Workspace paid content and most of your data to a no-cost option,” the section reads. “This new option won't include premium features like custom email or multi-account management.”

The affected users will have the option to decide whether they want to go with the given solution prior to July 1 and before their account suspends.

Google has also included a link to a survey on the updated support page. It is essentially aimed at G Suite admins with 10 or fewer users who have used the service for “non-business” purposes.

Although the exact purpose of the survey is unclear at this moment, Google has mentioned that users filling out the survey would receive “updates on more options” for their legacy account in the coming months. This suggests that the company was not able to estimate the impact of its decision that will come into force on July 1.

Overall, Google is not likely to bring a full-fledged alternative to its original G Suite legacy edition that was available for free to users between 2006 and 2012. The company, however, appears to have a solution in the works that would work more like the regular Google account to let users transfer their content and data to some extent.

Gadgets 360 reached out to Google for a comment on what exactly it is building for the free G Suite legacy users. The company responded by saying that it had been helping customers transition to our new editions where there's more value than ever before. The full statement is at the end of this article.

G Suite — erstwhile known as Google Apps and renamed to Google Workspace in 2020 — was originally given free to early users to let them experience the collection of Google apps and services using their custom domain. The service expanded with a paid model in 2007, but the free version was available alongside.

In 2012, Google decided to do away with the free version, but it still allowed existing non-paid users to continue with their accounts. That favour is eventually ending later this year.

Free users have been provided with the time to upgrade their accounts until May 1. After that, they will be moved to the paid version of Google Workspace (aka G Suite) if their payment information is already available with the company. Google will, otherwise, suspend the existing subscription until the billing is set up and complete discontinuation will come into effect after 60 days of suspension.

Google statement: Last week we notified customers using a legacy free subscription for our communication and collaboration apps, including Gmail, Google Drive, and Google Docs, that they will need to transition to a Google Workspace plan by July 1, 2022.

We launched our free edition — the original Google Apps offering for businesses, organizations, and schools — 16 years ago. The legacy G Suite free edition was discontinued in 2012, and it never included the business benefits of a paid subscription like 24/7 support, 99.9% uptime, and more storage. In 2020, we introduced Google Workspace and tailored our offerings to provide more options to fit our customers' needs. Since then, we've been helping our customers transition to our new editions where there's more value than ever before.

We're excited for these customers to experience all that Google Workspace has to offer, including 24/7 support, 99.9% uptime, and more storage, and we're offering deep discounts on Google Workspace subscriptions to help ease the transition.