Google Earth Helps Solve the Mystery of a Decades-Old Disappearance

For 22 years, the whereabouts of a man remained unknown. Then someone looked closely at a Google Earth satellite photo. 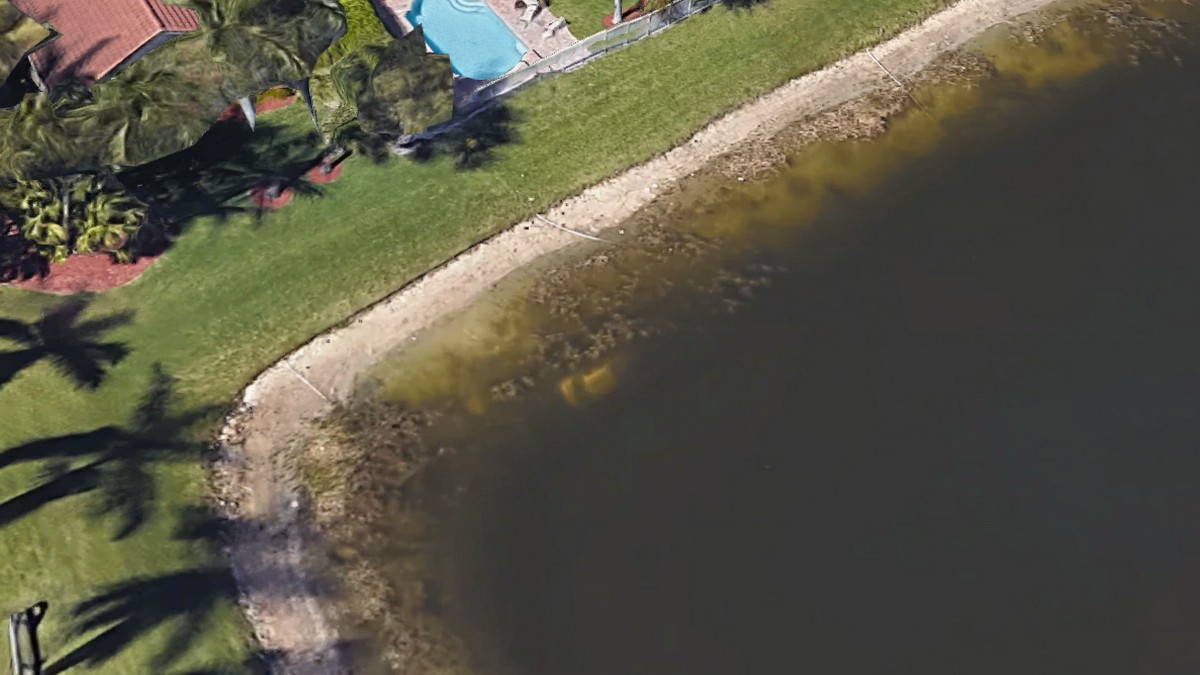 A car is shown submerged in a retention pond in Wellington, Florida, US

After several drinks at a local night club, William Earl Moldt called his girlfriend around 9:30pm to say he would be home soon.

Moldt, a 40-year-old mortgage broker, rarely drank, but he had decided to go out that evening in November 1997. He mostly kept to himself at the club in Lantana, Florida, and then left alone in his 1994 white Saturn SL around 11pm, according to the National Missing and Unidentified Persons System. He didn't appear to be drunk.

Moldt did not make it home that night or any of the nights after. For 22 years, the whereabouts of the quiet, sandy-haired man known as Bill remained unknown.

Then someone looked closely at a Google Earth satellite photo.

Submerged in the corner of a retention pond in Wellington, Florida, rested a car that was heavily calcified and clearly had been in the water for a long time. Moldt's remains were found inside the vehicle along Moon Bay Circle, the Palm Beach County Sheriff's Office said in a statement.

"Amazingly, a vehicle had (been) plainly visible on a Google Earth satellite photo of the area since 2007, but apparently no one had noticed it until 2019, when a property surveyor saw the car while looking at Google Earth," the Charley Project, a database that compiles information about missing people, wrote in its profile of Moldt.

The Palm Beach Post first reported on authorities' identification of the body.

Moldt's remains were found August 28 after a former resident saw the car in the pond, the sheriff's office said. The former resident told a current resident, who flew a drone above the site and immediately called authorities when he confirmed that the vehicle was there.

Investigators towed the car and the remains to the county medical examiner's office for processing, the sheriff's office said.

Barry Fay, whose house the car was behind, told the Sun Sentinel that his neighbor's ex-husband saw the submerged vehicle on Google Earth. The neighbor asked Fay whether he knew about it.

Fay didn't believe it, the Sun Sentinel reported, but he asked a neighbor who operates a drone to double check. When the drone confirmed that the car was there, Fay called the sheriff's office, according to the report.

The housing complex surrounding the pond, the Grand Isles, was under construction when Moldt disappeared, according to the Charley Project and local news reports.

Lantana and Wellington are about 20 miles apart. How Moldt's car became submerged in the pond remains unclear.