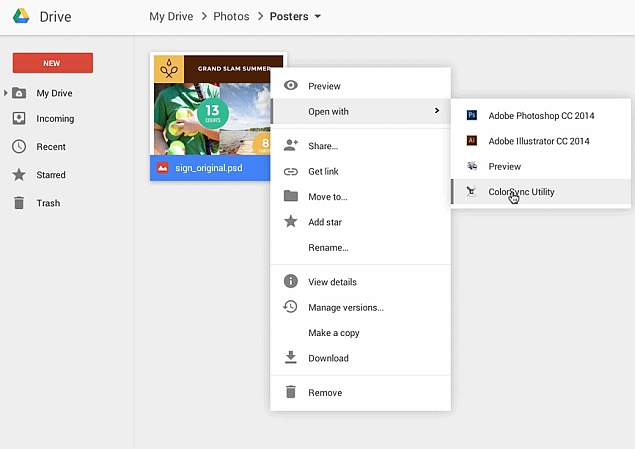 Google on Wednesday unveiled a new feature for its Drive cloud storage and sync service that allows users to open files via a compatible desktop application of their choice while using the service.

To that end, Google has released an extension for its own Chrome browser the purpose, which means if you are using another browser you cannot use this feature. Called the Application Launcher for Drive, the extension is available from the Chrome Web Store.

Some caveats exist however. The Application Launcher for Drive extension is only available for the company's own Chrome browser. Users also need to have the latest version (v1.18) of the Google Drive client installed on their Mac or Windows machine.

Additionally, user also have to be using the new Google Drive for Web-interface that was rolled out as an option in July, and replaced the 'Classic Google Drive' look and interface. The company is pointing users to a support page to be able to check which version they are on.

To use the feature, users can right-click on the file in Google Drive, and then select their preferred app from a list of compatible desktop applications installed on the their machine. After making the requisite edits, Google says users will be able "save back changes to Drive which will sync across all [the user's] devices and other collaborators."

The company notes the Application Launcher for Drive extension will be rolling out over the next few days, implying it may not yet be available on the Chrome Web Store across all regions.