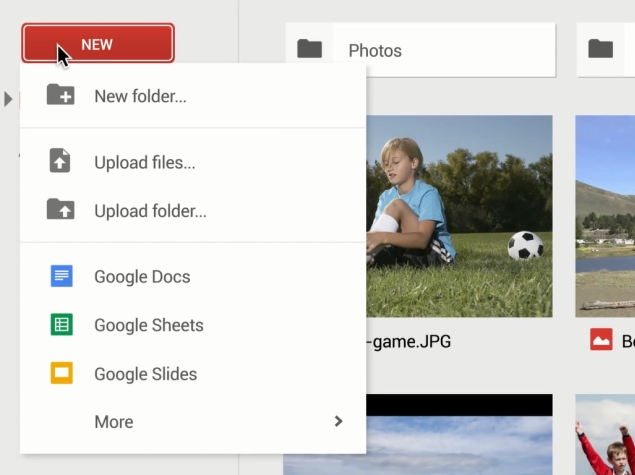 Google has starting rolling out an all new UI to the Web or desktop version of Google Drive. The roll-out will be gradual, as Google traditionally does. Google will also prompt users to 'Try the new Drive' from the settings dropdown in corner right of the Drive page.

First up, Google Drive for desktop now has a single 'New' button that works for both uploading documents to Drive, and creating new Google Drive documents via Docs, Sheets, Slides, Forms, Drawings and more.

Google has also brought a new default thumbnail view instead of a list. Users can click and drag things, and select multiple items with the same commands, just like they use on desktop. It has also added an Information button right next to the Settings button on the top right corner for checking file details and recent activity.

Notably, the search giant also updated its Google Drive Android app to version 2.0.222.39 with a brand-new UI on offer. As of now, the update hasn't reached India, but we are expecting it soon.

The new interface of Google Drive app completely ditches the top bar, and now there are buttons in a grid form for easy access when a user taps on a file. Options like Rename, Share, Star a document, Share a link, Move, Send file, Download and more, sit just below the file name in the updated app.

The Google Drive 2.0 app also has a new header for tracking activity on a document. This will make performing tasks very easy for the users. Other options include printing, link sharing, and adding people to the access list.