The game is available in regions where Halloween is celebrated widely. 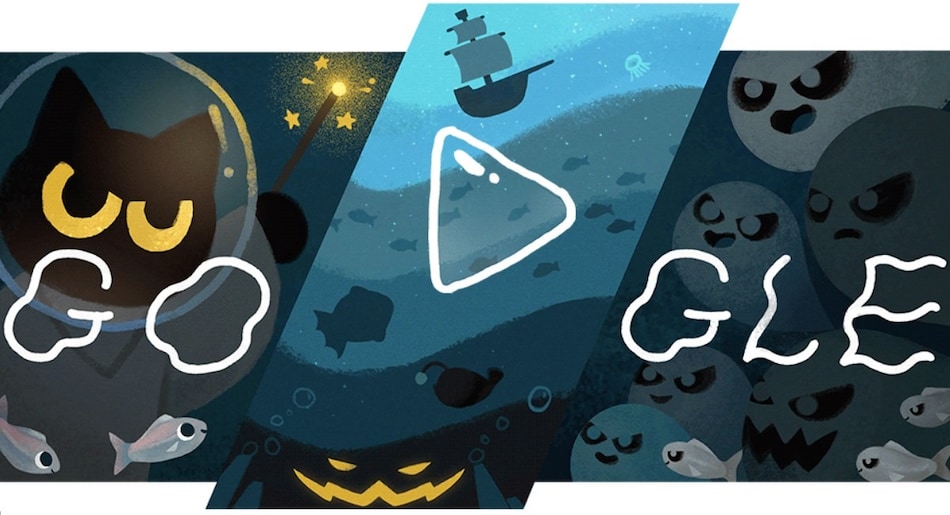 Celebrating Halloween virtually, Google has brought the iconic “Magic Cat Academy” Doodle game back to its homepage. The game, which was originally released in 2016, features a cat called Momo that is on her mission “to rescue her school of magic” from “mischievous spirits”. Apart from the Doodle game, Google has brought Halloween characters in augmented reality (AR). Google Assistant in the US is also getting a spooky-themed riddle room to make this Halloween a fun for people while staying indoors due to the coronavirus outbreak.

With the Magic Academy Doodle game, you can fight with spirits in the virtual world of Momo. The game comes in four distinct levels and is available for access through the Google homepage for the next 48 hours in regions including Argentina, Australia, Brazil, Canada, Russia, the UK, and the US, among other places where Halloween is widely celebrated.

You can use your finger on a touchscreen device or a mouse cursor on your laptop or desktop to draw symbols and defeat ghosts. The more you are able to kill the ghosts in the game the more success you'll get. However, with each successive level, you'll get more specters, including a vampire squid as well as an anglerfish.

To bring some distinction over the 2016 version, the Magic Cat Academy sequel comes with an underwater theme. Momo looks the same as before, though. However, you need to “reach new depths in her adventure against the Big Boss ghost and its school of ghouls.”

Google has provided access to Magic Cat Academy through its dedicated Doodles webpage to make it playable in the regions where people aren't in the Halloween mood to a large extent.

You can also play the original version of the Magic Cat Academy Doodle game from the Doodles webpage. That game also notably made a comeback as a Google Doodle in May to help people limit their boredom while staying at their homes.

Alongside the Magic Cat Academy game, Google has brought AR Halloween characters to the Google app and its mobile site. You can check them out by searching for terms such as Halloween, Jack-o-lantern, human skeleton, cat, dog, and German Shepherd.

Google Assistant has also received a spooky-themed riddle room adventure for people in the US. It can be experienced by saying, “Hey Google, tell me a riddle.” You can also ask, “Hey Google, sing the Halloween song,” to hear about Google Assistant helping a werewolf, ghost and vampire get their haunting skills ready for Halloween. The song is available in Arabic, French, Indonesian, Japanese, Spanish, English across the globe and Portuguese in Brazil.

Additionally, you can play Halloween sounds in your home or on your Assistant-enabled hearables by saying, “Hey Google, haunt my house.” Google Assistant also helps you bring a Halloween flavour to your room by flashing violet, green, and orange through your smart lights once you ask, “Hey Google, what should I be for Halloween?”

Google Nest Hello is also adding spooky doorbell tones that are namely, Black Cat and Werewolf, alongside last year's ghost, vampire, monster and witch. These will be available globally through November 1.