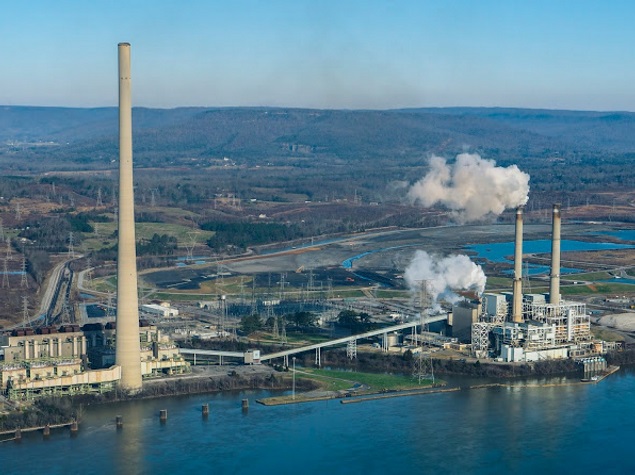 Google on Wednesday announced it will convert a former coal-burning power plant in Alabama into a data centre using renewable energy.

It will be the first Google data centre built on the site of a former coal-burning power plant.

The facility will be Google's 14th data centere worldwide to feed a seemingly insatiable appetite for applications or services hosted in the Internet cloud.

Google said that it is working with the Tennessee Valley Authority to deliver electricity from renewable sources for the data centre built on the site of the Widows Creek power plant in Alabama.

Some five years ago, Google became one of the first companies outside the utility industry to buy large amounts of renewable energy and has since become the largest corporate consumer of that kind of power in the world, according to Gammons.

The California-based Internet titan has a stated goal of being completely powered by renewable energy sources.

"Google's data centre in Alabama is a poignant symbol of how quickly our energy economy can change for the better," said Greenpeace senior climate and energy campaigner David Pomerantz.

He pointed to Google's move as proof that major Internet companies want to power facilities with renewable energy and called on US legislators and regulators to take notice.

"Unfortunately, Amazon's recent announcement of several new data centres in Ohio did not include the same commitment to power them with 100 percent renewable energy," Pomerantz said.

"Without a similar level of commitment as we've seen from Google, Apple, and Facebook, Amazon's data centres are more likely to keep coal plants running than to make the Internet a powerful force for renewable energy."