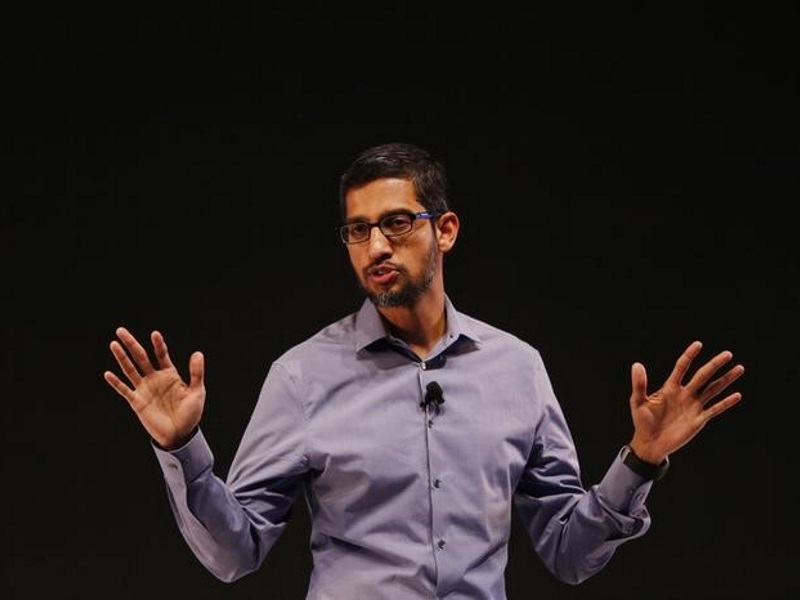 In an exclusive interview with NDTV's Vikram Chandra on Thursday, Google CEO Sundar Pichai talked about demonetisation, digital payments, and how Google might release services based on the UPI to make payments easier in India. The last time we heard a global tech executive use the term 'courage', Apple was killing the 3.5mm audio jack; but on Thursday, Pichai described demonetisation as "bold and courageous".

Pichai started by saying that he had spent a lot of time working on developing platforms, and explained that with a platform shift, it can take some time for the effects to become visible. He then went on to talk about demonetisation directly.

"It is a platform shift for the underlying economy to try and digitise how cash moves around. We are excited by it, [about] understanding what UPI is, and the power of the stack that's being built here," said Pichai, adding, "I think it's truly unique to India and the scale at which it can work is a unique opportunity."

Specifically talking about payments, he added that Google was looking at different ways to adapt to this opportunity. "Maybe we'll bring services from Google on the UPI, which would make things work better for users in India," said Pichai.

"Anything we can do to make payments easier for users in India we are open to doing, so we are trying to understand the UPI stack, and maybe bring some services which will make things work better," he added.

Although he did not mention any specific plans, he did point out that the largest user base for Android is now in India, and so as Google develops Android further, it's going to be thinking about things that are very specific to India.

"Be it in terms of supporting languages, how we make it easy for voice interactions to work, how do we make digital payments to work - maybe fingerprint scanning should be built more natively into phones," said Pichai.

This is Pichai's second trip to Delhi in two years, and in that time he's seen a lot of potential growth in India, he says. "We are increasingly building more in India, investing more in India, and what we're finding is that products we develop here can be deployed globally," he said. "We had that experience with YouTube, we made it offline in India and we're taking that to other places, and we're working on YouTube Go, which makes YouTube work better on slower networks."

That said, Pichai believes that we are in the middle of another kind of platform shift, away from the mobile-first world. "Every 10 years or so we have these big shifts in technology - I remember the PC revolution in the 80s, the Internet taking off a decade later, and roughly a decade after that you see smartphones, and that's still underway," he said, adding, "and I think the shift from a mobile-first to an AI-first world is now underway, and all of this is thanks to advancements in machine learning and AI."

Intel Project Alloy VR Headsets Could Be in Your Hands by the Beginning of Next Year
CES 2017: Our Picks So Far From the World's Biggest Tech Show