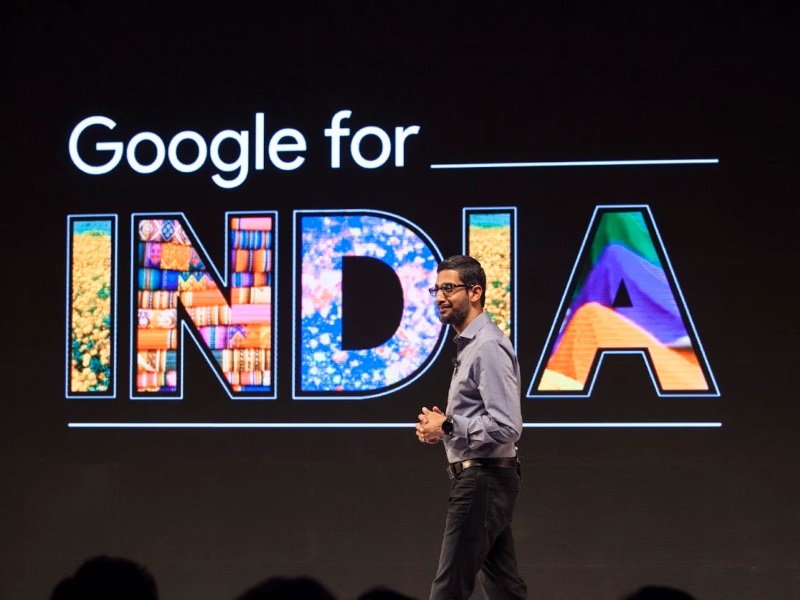 The Indian-born Pichai said the first train station, Mumbai Central, would go online in January and the tech giant intended to cover 100 of India's stations by the end of 2016.

India is a vast yet challenging market for Google with only a quarter of its 1.2 billion citizens online, most of whom access the web through cheap smartphones which often run on slow 2G networks.

Many Indian Internet users cannot afford expensive mobile data and instead wait for Wi-Fi connections to go online, making the 10 million people who pass through the target stations each day a captive audience.

"Every day there are thousands of Indian Internet users coming online for the first time, taking their journey in computing," said Pichai, who grew up in Chennai and joined Google in 2004 as a product manager.

"We are just barely getting started," said Pichai, who was named CEO in August.

"Given that India is embarking on the cutting edge of the mobile revolution, we think what we build in India will apply globally to many, many places."

Google has also made its Maps and YouTube products partially available offline and created data-light versions of web pages that allow them to load more easily on slow Indian connections.

Another challenge is the linguistic diversity of India, which has more than 20 official languages and fewer than 200 million English-speaking Internet users.

A new virtual keyboard allows users to type in 11 Indic languages including Assamese and Punjabi, while voice searches recognise both Hindi and "Hinglish" - a mix of Hindi and English heard in many parts of the country.

Google also announced a programme Wednesday to train two million developers in its Android operating system over three years, in partnership with more than 30 Indian universities.