Pichai said that while he was an American citizen, India lived deeply within him. "It's a big part of who I am," he says. 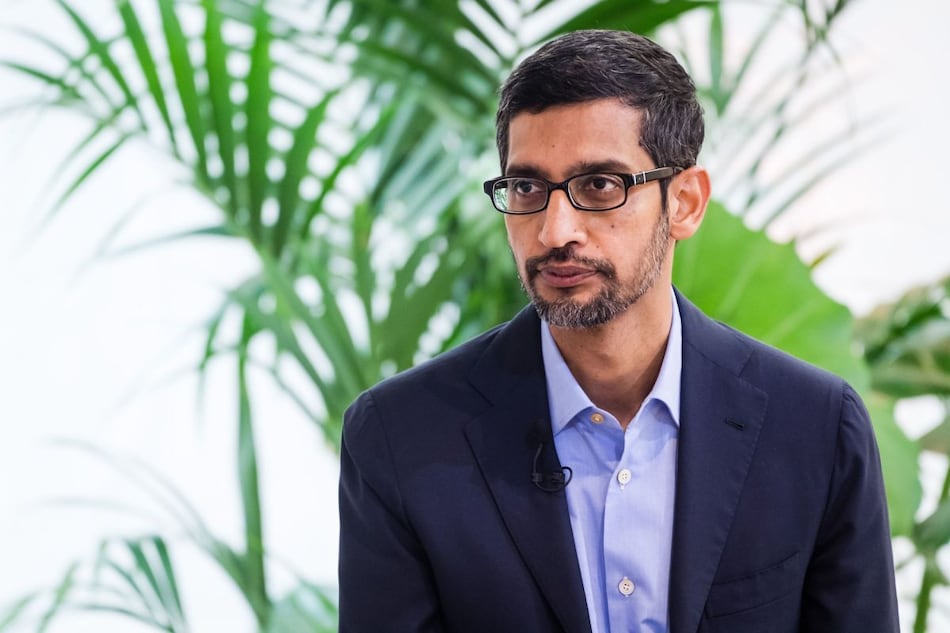 We have known Sundar Pichai as the CEO of Alphabet and its subsidiary Google, but have you ever imagined what he would be like as a father? Born in Tamil Nadu in 1972, Pichai joined Google in 2004 and rose through the ranks to become the company's CEO. In a recent interview with BBC, the 49-year-old Indian-American opened up on a range of personal questions. Asked if he was an Indian or American, Pichai said that while he was an American citizen, India lived deeply within him. "It's a big part of who I am," he says.

When asked the last time he cried, Pichai said it happened when he saw “the mortuary trucks parked across the world during COVID and on seeing what's happened in India.” And if you are wondering if he's a strict father and regulates the screen timings of his kids, let's get straight into that. Pichai told BBC that he allows his kids to go to YouTube, for this generation, needs to adapt to technology.

“It's going to be a big part of their lives. I have encouraged them to develop boundaries on their own, but I approach it as a journey of personal responsibility," he said.

Is his Google smart home speaker always on? Pichai answers, "Yes, it is, but it answers only when I address it.”

Pichai also spoke about his love for phones, saying that he often changed devices and tests out newer phones all the time.

So, does the Google CEO change passwords often? Pichai says that he uses two-factor authentication and also encourages others to do the same.

Is he a Republican or a Democrat? He says he keeps his politics to himself.

His favourite cricketer is Sachin Tendulkar and he prefers Charles Dickens over William Shakespeare.

During the interview with BBC, interviewer Amol Rajan also threw some light on the fact that Pichai wanted to be a cricketer once. Rajan then said that it made the two of them and, therefore, they must try playing the sport somewhere in the park. While talking, Rajan also threw a cricket ball at Pichai, who said: "I am glad I caught it." The two then knocked the ball in the park where the interview took place. The interview was done at Google's headquarters in Silicon Valley.

Pichai also said that he was a bit jealous of the space flights of billionaire Richard Branson and Jeff Bezos, for he would also love to see the Earth from space. Branson has already made it to space and Bezos, along with his brother, will fly on July 20.