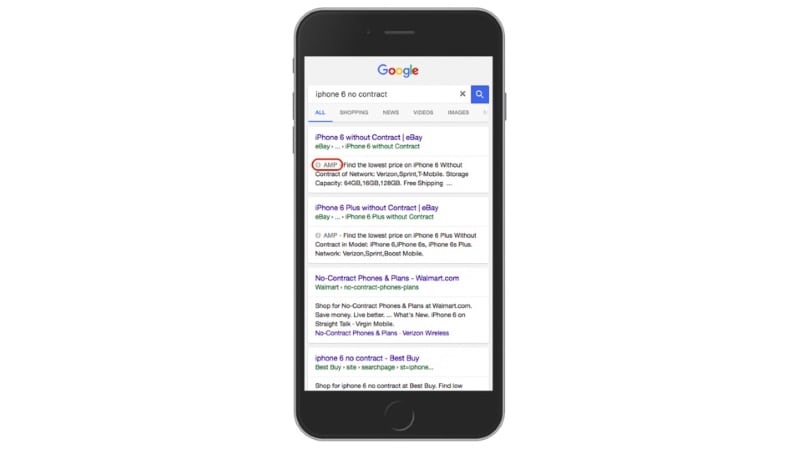 The AMP Project is an open source initiative by Google that addresses the issue of slow site loading on the Internet enhancing it to render instantly. It has been a year since testing of AMP pages began, and Google is now celebrating AMP's first anniversary.

Google AMP in mobile search results in India comprises many news as well as non-news websites like Aaj Tak, NDTV, The Indian Express, and Zomato. AMP essentially shows a bare-bones version of a website so that it can load faster, and is also claimed to save about 10 times the mobile data an equivalent non-AMP webpage would consume.

Meanwhile, apart from giving some useful statistics to how different websites are employing Google AMP on Google Search, Google has also emphasised on the different categories and sections like retail, travel, recipe, general knowledge. and entertainment that the websites are demarcated in.

As per Google's data, slow loading sites are arguably one of the most annoying things about the mobile Web. Detailing some statistics, Google says that 53 percent of people will leave a website that fails to load in three seconds or less.

Google India has also laid down its roadmap for the inclusions and improvements that will arrive on AMP in future. These include an initial support for data entry use cases (such as forms and search boxes), support to include a variety of content formats (like news articles, recipes, local listings, product listings), and further alignment with Progressive Web Apps (PWAs). Impressively, AMP will soon start supporting more engaging and interactive video experiences.

Samsung Galaxy Note 7's 'Tweaked SoC' Could Be the Cause of Explosions: Report