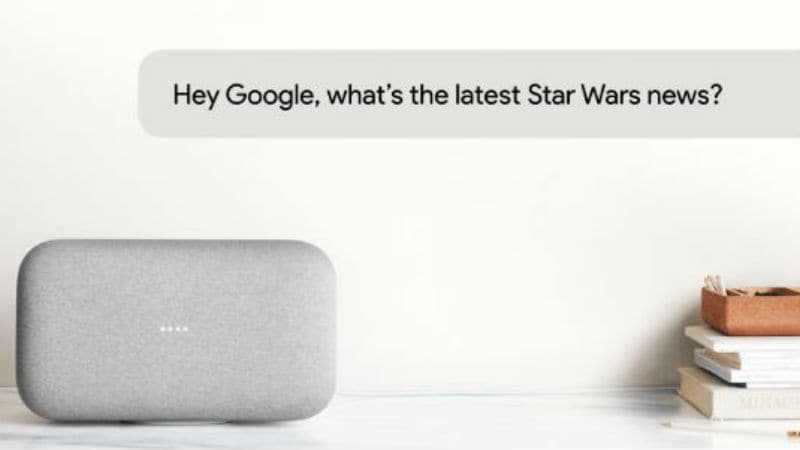 At the Google I/O 2018 developers conference, the tech giant refreshed Google News with new features. The company had explained that the new unified Google News uses a set of AI techniques to take a constant flow of information as it comes on the Internet and then analyse it in real time to organise it into storylines. Meanwhile, Google has now announced that Google News will integrate with Google Assistant to let users simply ask "what's the news" and have it delivered in the form of video or audio. The new feature is aimed at Google's Home speakers and the Lenovo Smart Display that is powered by the Google Assistant. Separately, Google Assistant now reportedly picks up Smart Display-style Smart Home Controls. This handy new feature is an interesting development for Android smartphone users.

Last month, the Smart Display, built by Lenovo and running Google's Android Things software for Internet-connected devices, was launched. Google says that these Smart Displays help users consume video or audio news briefings to catch up on headlines, sports, politics, and more. You can choose your preferred news sources from broadcasters such as CNBC, CNN, Cheddar, and more. All you will be needed to do is ask, "Hey Google, what's the news?" Also, when you want to go deeper or learn more about a specific topic, you can ask the Assistant: "What's the news on the women's national soccer team?" or "What's the latest on NASA?" The virtual assistant will find relevant videos from YouTube to play on your Smart Display or on Assistant speakers like Google Home. Google Assistant will then read out excerpts from news articles from several publishers.

In July, Google had announced a schema for publishers to mark up relevant sections of a news article that can be read aloud by Google Assistant. The feature takes the name of the publication in the process, suggests other articles to listen to, and can send links to full stories to the smartphone. Google noted in a blog that the new feature is available on Android phones in the US and will soon be rolling out to Android Auto and Assistant-enabled headphones (including Google Pixel Buds). It is expected that the feature will be rolling out globally in the coming weeks.

At the I/O 2018, Google had hinted that Assistant would be getting smarter home control features. As per a report in Droid Life, a user has noticed that Smart Display-style visual controls like "slider to manual set temperature, adjust lighting brightness, or turn something on or off" on his Android smartphone.

As seen in the images shared in the report, asking the Google Assistant to set the temperature on a smart thermostat or adjust smart light brightness popped up the visual controls. As of now, this feature seems to be a part of a limited rollout.