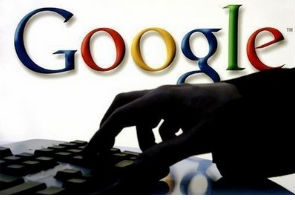 Highlights
Legions of Google workers are devoting a fifth of their work time or more to building technology to help to deal with the disaster in Japan.
Google has long allowed employees to spend 20 percent of their time on engineering projects that interest them but which don't fall into their usual area of focus.

The havoc and death wrought on Japan by a powerful earthquake and ensuing tsunami has prompted many "Googlers" to devote their "20-percent time" to crafting Digital Age tools for handling the crisis.

"A lot of 20-percent time is being spent on Japan," Google spokesman Jamie Yood told AFP on Thursday.

"There is definitely a group of people in our Tokyo office spending a lot more than 20 percent of their time on this, and that is supported by Google," he said.

Google has established a multi-lingual Crisis Response Page with links to resources such as emergency hotlines, relief organizations, maps, and a service for finding loved ones.

"Like the rest of the world, we've been transfixed by the images and news coming out of the northeastern part of Japan over the past six days," Google product manager Nobu Makida said in a blog post on Thursday.

"Googlers in Japan and elsewhere around the world have been working around the clock to try and help improve the flow of information."
The Japanese military Thursday used trucks and helicopters to dump tons of water onto the quake-hit Fukushima nuclear plant in efforts to douse fuel rods and prevent a disastrous radiation release.

The operation aims to keep the fuel rods inside reactors and containment pools submerged under water, to stop them from degrading when they are exposed to air and emitting dangerous radioactive material.