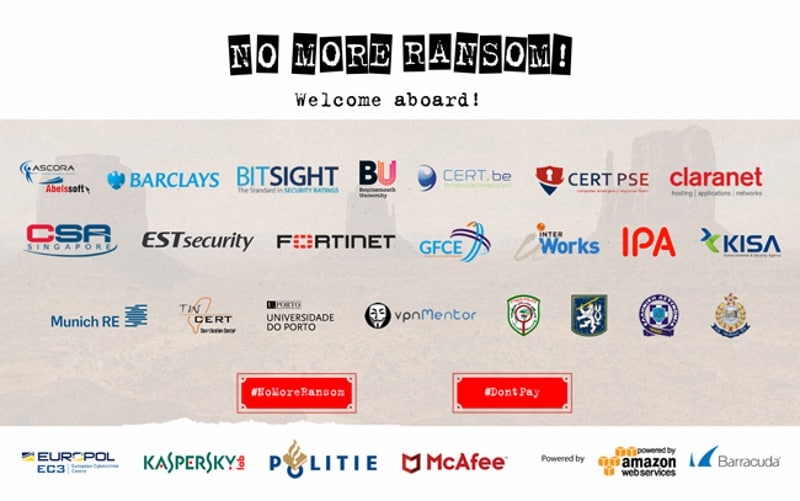 Global ransomware attacks soared by over 11 percent in the 12 months to March, Europol reported Tuesday, but specialist tools developed with its partners had helped unlock some 28,000 encrypted devices.

"Ransomware has soared since 2012, with criminals lured by the promise of profit and ease of implementation," the European police agency said in a statement.

According to a report by cyber-security specialists Kaspersky Lab, the "total number of users who encountered ransomware between April 2016 and March 2017 rose by 11.4 percent compared to the previous 12 months, from 2,315,931 to 2,581,026 users around the world".

Europol and Kaspersky joined forces with the Dutch police and others a year ago to establish the "No More Ransom" initiative, just months before a couple of high-profile cyberattacks made headlines.

In May the WannaCry attack claimed more than 300,000 business victims across 150 countries in its first few days, Europol said.

The attack, using a type of malware that encrypts files on an infected computer and demands money to unlock them, crippled "critical infrastructure and businesses," Europol said.

Then last month similar attacks hit Europe and North America, and were revealed to be an updated version of a malware called Petya.

"Some organisations are still struggling to recover from ExPetya attacks of 27 June," the police agency said.

Europol has now posted some 54 decryption tools, provided by nine partners, on the "No More Ransom" website. Theses tools have helped "decrypt more than 28,000 devices, depriving cybercriminals of an estimated eight million euros in ransoms".

More than 100 partners, including Barclays bank and the Cyber Security Agency of Singapore, have joined the "No More Ransom" initiative.

The website is now available in 26 languages, including Bulgarian, Chinese, Malay, Tamil and Thai. Europol repeated its warnings to ensure that security on all computer systems was updated.

"If you do become a victim, it is important not to pay the ransom," it warned, urging victims to call in the police.