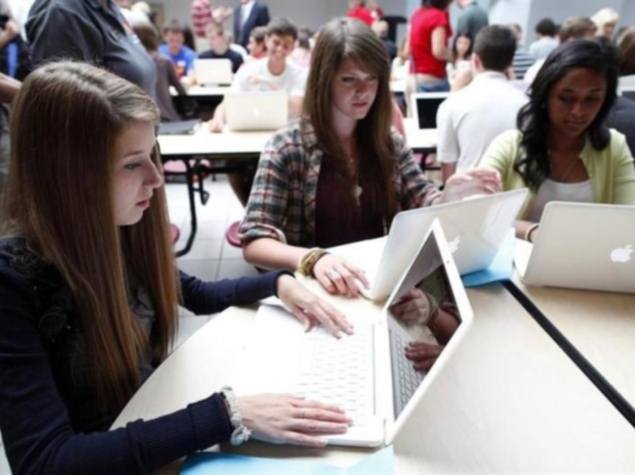 Britain's spy agency GCHQ intercepted millions of people's webcam chats and stored still images of them, including sexually explicit ones, the Guardian newspaper reported on Thursday.

Optic Nerve, which began as a prototype in 2008 and was still active in 2012, was intended to test automated facial recognition, monitor GCHQ's targets and uncover new ones, the Guardian said. It said that under British law, there are no restrictions preventing images of U.S. citizens being accessed by British intelligence.

GCHQ collected images from the webcam chats of more than 1.8 million users globally in a six-month period in 2008 alone, the newspaper reported.

"It is a long-standing policy that we do not comment on intelligence matters," a GCHQ representative said on Thursday.

In another sign of the widespread information-sharing between U.S. and British spy agencies which has riled public and politicians on both sides of the Atlantic, the webcam information was fed into the NSA's search tool and all of the policy documents were available to NSA analysts, the paper said.

It was not clear, however, whether the NSA had access to the actual database of Yahoo webcam images, the Guardian reported.

Yahoo said it had no knowledge the interceptions.

"We were not aware of nor would we condone this reported activity. This (Guardian) report, if true, represents a whole new level of violation of our users' privacy that is completely unacceptable," company spokeswoman Suzanne Philion said in an emailed statement.

Snowden, now in Russia after fleeing the United States, made world headlines last summer when he provided details of NSA surveillance programs to the Guardian and the Washington Post.

For decades, the NSA and GCHQ have shared intelligence under an arrangement known as the UKUSA agreement. They also collaborate with eavesdropping agencies in Canada, Australia and New Zealand in what is known as the "Five Eyes" alliance.

Under Optic Nerve, GCHQ tried to limit its staff's ability to see the webcam images, but they could still see the images of people with similar usernames to intelligence targets, the Guardian said.

GCHQ also implemented restrictions on the collection of sexually explicit images, but its software was not always able to distinguish between these and other images.

"Discussing efforts to make the interface "safer to use", it (GCHQ) noted that current "naive" pornography detectors assessed the amount of flesh in any given shot, and so attracted lots of false positives by incorrectly tagging shots of people's faces as pornography," the newspaper said.

The spy agency eventually excluded images in which the software had not detected any faces from search results to prevent staff from accessing explicit images, it added.