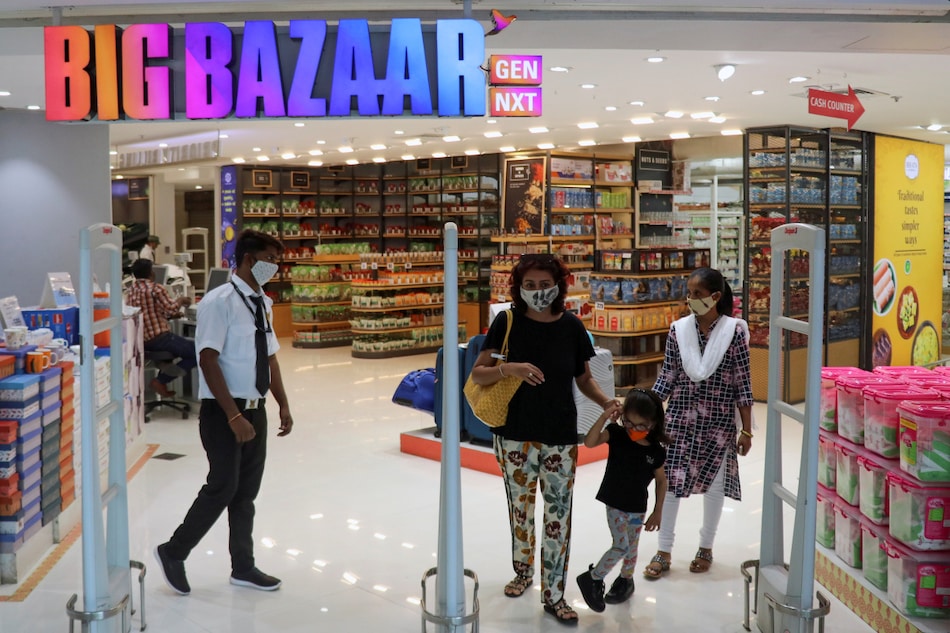 Future Retail will deliver groceries and clothes from its main retail stores within two hours, it said, as the company expands in an e-commerce sector dominated by the likes of Amazon.

There are 285 Big Bazaar outlets in India. Future, the country's second-largest brick-and-mortar retailer, has only had small e-commerce presence so far, but plans to use faster deliveries to expand in India's fast-growing e-commerce market, which is seen growing by 30 percent a year to $200 billion (roughly Rs. 14,68,640 core) by 2026.Popular online grocery service BigBasket, in which India's Tata Group is seeking to acquire a majority stake, and Amazon both offer quick online deliveries in India.

Asked about the competitive landscape, Future Group executive Kamaldeep Singh said during a media briefing the company would have an edge over other players as it aims to deliver a wider array of goods from its stores - including food, fashion and kitchen utilities - within two hours.

Retail companies as well as consumer goods makers in India are focusing on bolstering their e-commerce prowess as shoppers increasingly move online to order everything from clothes to groceries. Future's plans come as its businesses struggled in recent months due to the COVID-19 pandemic, forcing it to sell its retail assets to Reliance Industries for $3.4 billion (roughly Rs. 24,965 crore).

The transaction is currently being reviewed by India's Supreme Court after Amazon accused Future of breaching some contracts. Reliance is also fast expanding into e-commerce operations with its JioMart online platform.