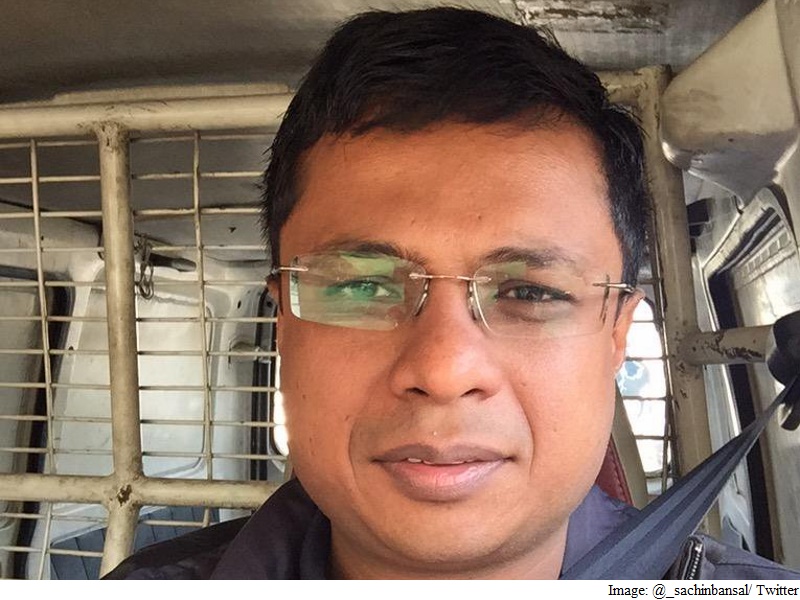 Battling successive markdowns in valuation by investors and third-parties, Flipkart's Chairman Sachin Bansal has said such cuts are their "opinions" and cited the case of Uber to illustrate that it will not impact fundraising plans of the e-commerce major.

"That (markdowns) does not matter. If you look... they did it to Uber as well. Uber raised (money) at a higher valuation.

They did it to one more company, they also raised money at higher valuation," Bansal told PTI on the sidelines of an event when asked about the recent markdown by Morgan Stanley.

Asked if this will impact the country's largest e-commerce company's fund raising plans in the future, Bansal said, "Absolutely not".

He added that Flipkart is well capitalised at present and is not looking for fresh funds.

In its second consecutive action in as many quarters, Morgan Stanley Mutual Fund Trust, an investor in the company, in May lowered its estimate of the valuation of the Bengaluru-based e-commerce company by 15.5 percent to $9.39 billion (roughly Rs. 63,120 crores).

A host of its investors have marked down their valuation estimates by up to 39 percent in the recent past.

Flipkart, which competes with Amazon, Snapdeal and others in the domestic e-commerce market, had raised money at a valuation of over $15 billion during one round of fundraising last year.

The skyrocketing valuations was one of the biggest reasons for the larger public to notice the growth of such startups.

But in their bid to expand their base, these companies started giving huge discounts to customers, which dented their profitability.

According to reports, many e-commerce firms have rejigged their business models to focus on profitability.

Describing the global investment scenario as "a little shaky right now", Bansal said companies like his continue expanding despite the loss of investor interest. Flipkart expanded its customer base by 100 percent last fiscal and is targeting to achieve a similar growth in 2016-17 as well, he said.

Asked about the government's move to allow retail stores to remain open round the clock, Bansal said this will not impact online sellers.

He was quick to add that e-commerce penetration in the country is very low with only 2 percent of the overall shopping happening online, while this is between 8 and 10 percent in markets like China and US.
Comments