Flipkart, Snapdeal and Amazon in Battle for Indian Android One Market 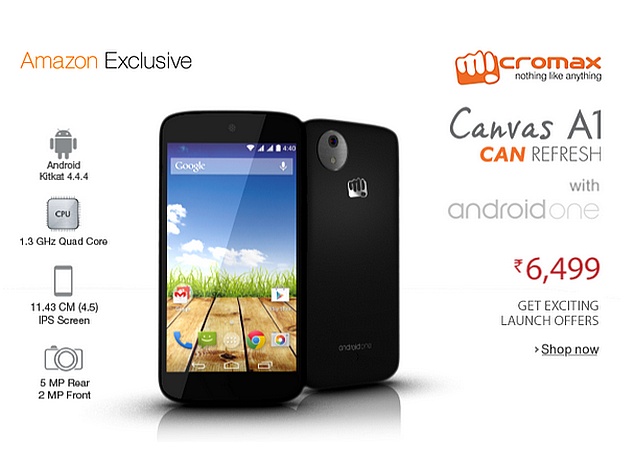 While domestic online marketplace majors Flipkart and Snapdeal will be exclusively selling Android One smartphones from Spice and Karbonn, respectively, US-based e-commerce giant Amazon's Indian arm will sell handsets from Micromax. Physical retail stores will only stock the products in early October.

It is not the first time that the device makers have partnered with e-commerce firms for an exclusive online launch of their products. Motorola and Xiaomi popularised the successfully launched their smartphones on Flipkart, while Spice, Micromax and Intex have launched their devices on Snapdeal.

Apart from apparels, electronics - especially mobile phones - are one of the highest selling items on e-commerce sites. According to research firm IDC, smartphone sales in the country grew almost three-fold to over 44 million in 2013, buoyed by affordable devices made by local firms such as Micromax and Karbonn.

In the second quarter of 2014, 18.42 million smartphones were shipped in India. Though Samsung is the leader with a 29 percent market share, Micromax (18 percent), Karbonn (8 percent) and Lava (6 percent) are close competitors.

While Android is the dominant operating system globally, other OS' like Windows and iOS (Apple) are also gaining traction. Also, newer platforms like Firefox and Tizen may emerge as strong challengers to Google's platform.

Google's attempts to also important as it aims to capture a larger share of the entry-level segment.

Recently, Firefox (in partnership with Spice and Intex) launched two new smartphones, priced below Rs. 2,300, aimed at those looking to upgrade from feature phones to smartphones.