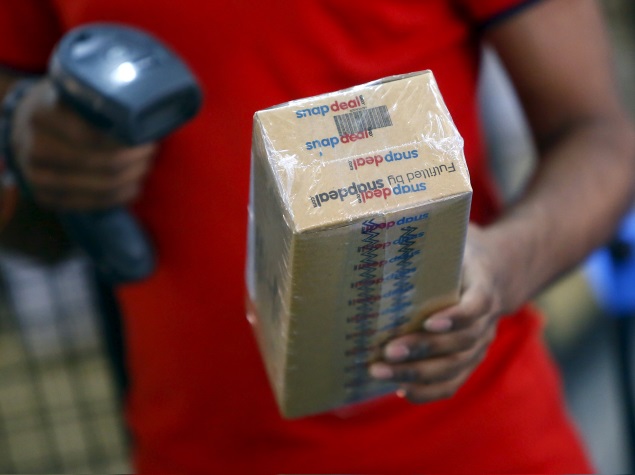 Indian e-commerce firms are offering funding help and tech support to woo small retailers, emulating a strategy used by Chinese online retail giant Alibaba Group Holding Ltd to expand into the towns and villages home to the majority of consumers.

India's biggest online retailers such as Flipkart, Snapdeal and the local arm of Amazon Inc are online marketplaces, with commission from sellers accounting for the bulk of their revenue.

This makes tapping the small and medium enterprises vital to India's economic growth key, as these firms account for about 45 percent of the country's total industrial output, business lobby SME Chamber of India says, and have a strong following in the towns and rural areas where hundreds of millions of Indians are rapidly coming online thanks to cheap smartphones.

"Alibaba is our big inspiration. We are following their model because they have created something impactful," Snapdeal Chief Executive Kunal Bahl told reporters on Thursday.

Bahl was speaking after Snapdeal followed Amazon.com in launching a partnership with the country's largest lender, the State Bank of India, to help provide funding to small retailers that sell on their websites.

These sellers are often unable to get bank loans easily, which stymies their growth, Bahl added. "They can buy and sell more. Their margins improve and they reinvest. It's a win-win for us," he said.

Garnering scale is important for companies seeking growth in India's rapidly expanding online retail sector, which attracted $5 billion in foreign funds in 2014 alone, according to Morgan Stanley. The sector is expected to grow to $102 billion by 2020, the investment bank predicts.

"In order to grow, every e-commerce player has to work towards creating a better ecosystem to enable more and more sellers," said Ankit Nagori, who heads Flipkart's marketplace unit.

Some of the small sellers who jumped on the online bandwagon several years ago are already reaping its benefits.

Sachin Gupta, who runs handicrafts company Stonkraft in Agra, said putting his goods on Flipkart, then Snapdeal and Amazon has given him a customer base spanning the whole country.

"Helping my business grow helps them too," he added.