Flipkart Big Billion Days Sale Off to a Rocky Start 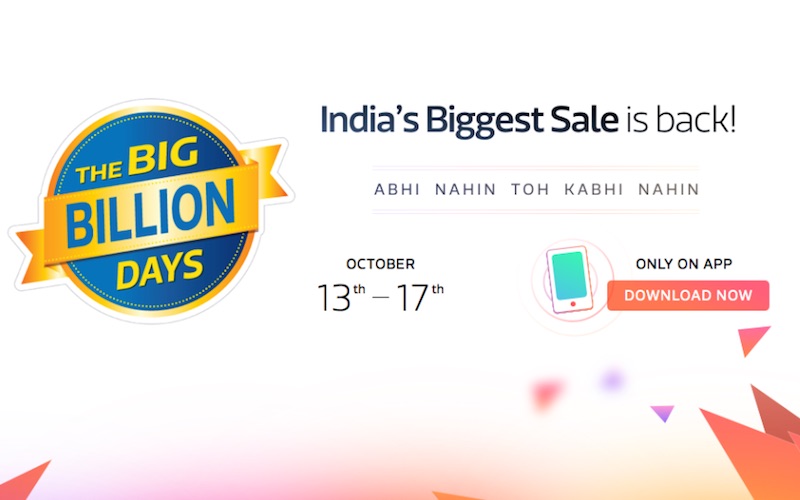 Gadgets 360 tried to access the Flipkart website, but we were greeted by the "503 service unavailable" error just a couple of minutes past midnight. Refreshing the page a few minutes later resulted in the page loading just fine, but we were far from the only ones who faced the problem.

(Also see: Flipkart's Big Billion Days Sale: What You Can Expect and How to Make the Most of It

Flipkart Big Billion Days Sale 2015 is app-only, which means you can browse the website, but to actually avail discounts as part of the sale, you will need to download the Flipkart app.

Sadly, the app users didn't seem to fare any better, as these tweets by Flipkart users will testify:

@Flipkart The app is showing error after every search !!! Not showing the results !

@ameen007 Going by how the sale was last time, pretty sure it isn't just you. We want answers, @Flipkart !

How do you'll expect us to shop when the app doesn't open a single thing @Flipkart?

Big billion days are back on #Flipkart! Anything you click gets out of stock! Flipkart should stop this flop show

The Flipkart Big Billion Days sale comes on the heels of Snapdeal's big Monday sale that had its share of great deals and seemed to handle the demand just fine, but did raise questions about some of the deals on offer. Amazon is holding the Great Indian Festive Sale on the same days as Flipkart, but its sale kicks off at 8am on Tuesday.

Disclosure: Gadgets 360's new Shop section may be seen as a competitor to Flipkart.

What has your experience been like with the Flipkart Big Billion Days Sale? Let us know via the comments.