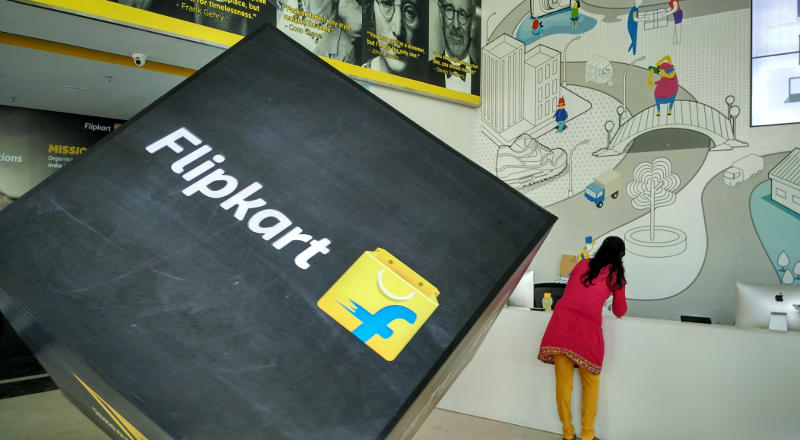 India will ban e-commerce companies such as Amazon.com and Walmart-owned Flipkart Group from selling products from companies in which they have an equity interest.

In a statement, the government also said that the companies will be prevented from entering into exclusive agreements with sellers. The new rules will be applicable from February 1.

E-commerce companies can make bulk purchases through their wholesale units or other group companies that in turn sell the products to select sellers, such as their affiliates or other companies with which they have agreements.

Those sellers can then sell the products to other companies or direct to consumers, often at attractively low prices.

The new regulations follow complaints from Indian retailers and traders, who say the giant e-commerce companies are using their control over inventory from their affiliates, and through exclusive sales agreements, to create an unfair marketplace that allows them to sell some products at very low prices.

The All India Online Vendors Association (AIOVA) in October filed a petition with the anti-trust body Competition Commission of India (CCI) alleging that Amazon favours merchants that it partly owns, such as Cloudtail and Appario. The lobby group filed a similar petition against Flipkart in May, alleging violation of competition rules through preferential treatment for select sellers.

Wednesday's notification also said that the cash back that customers get as an incentive while online shopping should not be based on whether the product was purchased from an affiliate of the platform or not.

The new rules said that services provided to vendors on an e-commerce platform and by that entity's affiliates should be done so at arm's length and in a fair and non-discriminatory manner.

New rules will appease small traders and farmers who fear that U.S. companies are making a back door entry into India's retail market and could squeeze out small corner shops that dominate Indian retailing.

The Confederation of All India Traders in a statement said that if the order is implemented in full then malpractices, predatory pricing policies and deep discounting by e-commerce players will no longer occur.

CAIT secretary general Praveen Khandelwal said the new rules will put an embargo on the tactics adopted by the global players to control and dominate retail trade in India through e-commerce.

In May, CAIT had raised objections to Walmart's $16 billion acquisition of Flipkart saying the deal would create unfair competition and result in predatory pricing.

The new regulations build on existing rules under which foreign investors can acquire 100 percent of e-commerce companies, with the exception of a model based on inventory from which they are barred.

Amazon India said it is currently evaluating the new rules, while Flipkart did not immediately respond to a request for comment.