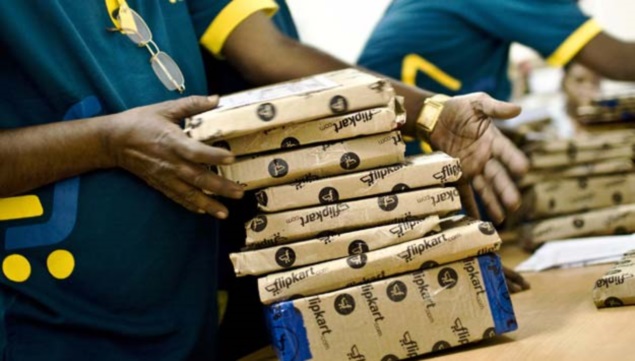 Financial terms of the deal were not disclosed but according to one person with knowledge of the development, the transaction is worth about $300 million.

The acquisition is likely to give Flipkart, set up by two ex-Amazon employees in 2007, not just a stronger foothold in the fast-growing online fashion market, but also the additional scale it needs to fight competitors like Amazon, Flipkart co-founder Binny Bansal said.

"This acquisition helps us grab a bigger market share and compete better," he said.

With growing competition, smaller e-commerce companies would find it difficult to access fresh capital and cope with a price war, forcing them to merge with bigger rivals, retail consultants said.

"The smaller companies who are growing and managing their business well face a bigger threat of being acquired by the top few companies than the ones who are not," said Ankur Bisen, senior vice-president at retail consultancy Technopak.

Amazon is also looking for smaller acquisition targets in India to boost its presence in the country, several investment bankers said, piling pressure on home-grown players such as Flipkart and Snapdeal.

The Indian e-commerce market was worth $13 billion in 2013, with online travel accounting for over 70 percent of consumer e-commerce transactions. Online sales of retail goods totaled $1.6 billion in 2013, according to research firm Forrester, and are expected to reach $76 billion by 2021, Technopak said.

Fashion conscious
Bangalore-based Flipkart, which is popular for selling books and electronics online, said it would invest over $100 million (roughly Rs. 584 crores) in the fashion business over the next 12-18 months.

Private equity investors Tiger Global Management and Accel Partners are investors in both Flipkart and Myntra.

Flipkart, which hit the $1 billion gross merchandise value (GMV) mark in March this year, a year earlier than the company expected, has received $560 million of funding since 2007.

Myntra, which sells products from over 650 brands like Adidas, Calvin Klein and Levis, has a GMV of about $204 million. GMV is an important e-commerce performance metric as the revenue depends on gross merchandise sold and fees charged.

Moto E Coloured Back Covers Now Available at Rs. 899
BlackBerry Making a Home for the 'Internet of Things'