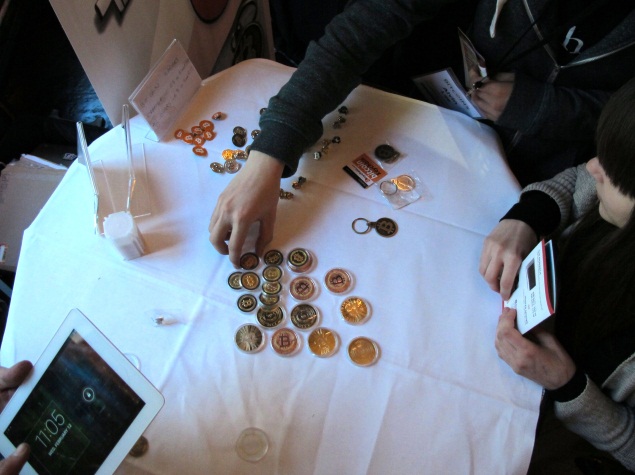 TeraExchange said on Monday it had constructed a swap based on the Bitcoin virtual currency, a step that would bring the emerging payment system under the oversight of U.S. regulators for the first time.

The contract, created on behalf of two clients, was a bilateral swap privately negotiated between them. The counterparties had not acted on the agreement, but were expected to do so soon, the company said.

The company said it had shown the contract to the U.S. Commodity Futures Trading Commission, which regulates swaps and futures. If transacted by the counterparties, the contract would need to be reported to the agency.

Regulators have stepped up their efforts to rein in Bitcoin after incidents such as the collapse of Mt. Gox, a Tokyo-based exchange that filed for bankruptcy after losing an estimated $650 million worth of customer Bitcoins.

Bart Chilton, who stepped down from his position as a member of the CFTC on Friday, told Reuters last week that companies had inquired in the past month about regulations that would govern exchanges for Bitcoin derivatives.

Ultimately, TeraExchange plans to list the Bitcoin swap on its Swap Execution Facility (SEF), a new type of regulated platform that was set up after the credit crisis to make swaps trading more transparent, less risky, and cheaper.

The company was given a license to run a SEF last year, but no trading has taken place on the platform yet.

The novelty of the Bitcoin currency has made it hard to categorize, but trading derivatives such as futures or swaps would subject companies to oversight by the CFTC.