Film launched online in Romania due to lack of cinemas 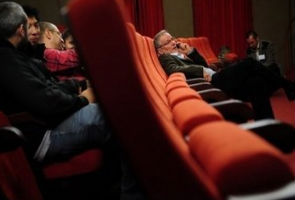 Highlights
Romanian films may be praised around the world, but they can rarely be seen at home due to the lack of cinemas. To fill this gap, prize-winning movie "Periferic" will be released online in April.

The movie, which won key awards in Locarno and Thessaloniki film festivals, will be available against payment from April 1st in high definition quality on the Internet site www.webkino.ro simultaneously with its launch in Romanian cinemas, production company Voodoo Films said Thursday in a press release.

People living in towns and villages without art-house cinemas will be among the first to have access to the film, it added.

"We decided on this unique experiment because of the paradoxical situation in Romania: though more and more people want to see Romanian movies, they just cannot watch them because there are no cinemas where they live", Dragos Stanca whose company Q2M is a partner in the project said.

Romania counts one of the smallest numbers of cinemas in all of Europe: 74 for 21.5 million inhabitants, or 182 screens. By comparison, France, with three times the residents, has 30 times the number of film screens.

Numerous art-house cinemas have been shut down by local authorities who transformed them into police stations, concert halls or even shops.

Romanian director Cristian Mungiu, who won the top award at the Cannes film festival in 2007, last year said he was "very disappointed" at the lack of art-house theaters in his country.

"Periferic", directed by Bogdan Geoge Apetri, tells the story of a young prison inmate played by Ana Ularu, who gets provisional release for 24 hours and plans to leave the country.
Comments