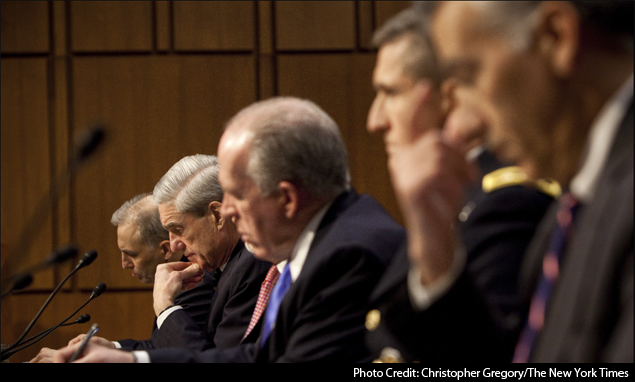 The FBI has warned U.S. retailers to prepare for more cyber attacks after discovering about 20 hacking cases in the past year that involved the same kind of malicious software used against Target Corp in the holiday shopping season.

"We believe POS malware crime will continue to grow over the near term, despite law enforcement and security firms' actions to mitigate it," said the FBI report, seen by Reuters.

"The accessibility of the malware on underground forums, the affordability of the software and the huge potential profits to be made from retail POS systems in the United States make this type of financially motivated cyber crime attractive to a wide range of actors," the FBI said.

The report was dated January 17 and entitled "Recent Cyber Intrusion Events Directed Toward Retail Firms." A spokeswoman for the FBI confirmed the agency had issued the report as part of efforts to share information about threats with the private sector.

Retail, credit card and bank industry executives have become increasingly concerned about the security of payment card networks after Target, the No. 3 U.S. retailer, last month disclosed one of the biggest retail cyber attacks in history.

The attack ran undetected for 19 days during the busy holiday shopping season and resulted in the theft of about 40 million credit and debit card records. The personal information of 70 million customers was also compromised.

Luxury retail chain Neiman Marcus has said it too was the victim of a cyber attack, and sources have told Reuters that other retail chains have also been breached. [ID:nL2N0KR1J4] Neiman Marcus said about 1.1 million customer cards were exposed by a data breach from July 16 to October 30 last year. [ID:nL2N0KX1N2]

In all these attacks, cyber criminals used memory-parsing software, also known as a "RAM scraper." When a customer swipes a credit or debit card, the POS terminal grabs the transaction data from the magnetic stripe and transfers it to the retailer's payment processing provider. While the data is encrypted during the process, RAM scrapers extract the information while it is in the computer's live memory, where it very briefly appears in plain text.

RAM scraping technology has been around for a long time, but its use has increased in recent years. Developers of the malware have also enhanced its features to make it more difficult to be detected by anti-virus software deployed on POS systems running Windows software.

The FBI said in its report that one variant of the malicious POS software, known as Alina, included an option that allowed remote upgrades, making it tougher for corporate security teams to identify and eradicate it. The report said at least one type of malware has been offered for sale for as much as $6,000 in a "well-known" underground forum.

"The high dollar value gained from some of these compromises can encourage intruders to develop high sophistication methodologies, as well as incorporate mechanisms for the actors to remain undetected," the report said.

"Retailers have been and remain vigilant in their efforts to provide the highest level of security for their data systems in order to protect against malicious and criminal acts," NRF Vice President Tom Litchford said in a statement.

"As the criminal investigation continues and more information becomes available, you can be sure that the retail industry will be responsive and engaged to ensure this particular cyber-attack does not happen again."

One cyber security consultant who has reviewed the FBI report, said the findings were troubling.

"Everybody we work with in the retail space is scared to death because they don't have a lot of defenses to prepare against these types of attacks," said the consultant, who is advising several retailers in current investigations.

"This is not just based on anybody saying 'This is going to happen.' This is based on statistical data that the FBI is seeing," said the consultant, who was not authorized to publicly comment on the details of the report.

Retailers need to move quickly to get better tools in their networks that can analyze traffic patterns on the fly and identify any unusual activity, said another expert in retail security, who has audited POS systems to find vulnerabilities that hackers can exploit.

The expert said it is more difficult for small-to-mid sized retailers to do this because they do not have as much money and expertise as major retailers.

The FBI report said the bulk of the POS malware cases that the agency has investigated involve small-to-mid sized local or regional businesses, whose estimated losses each range from tens of thousands of dollars to millions of dollars.

A spokesman for the Secret Service declined to comment on the FBI report to retailers.