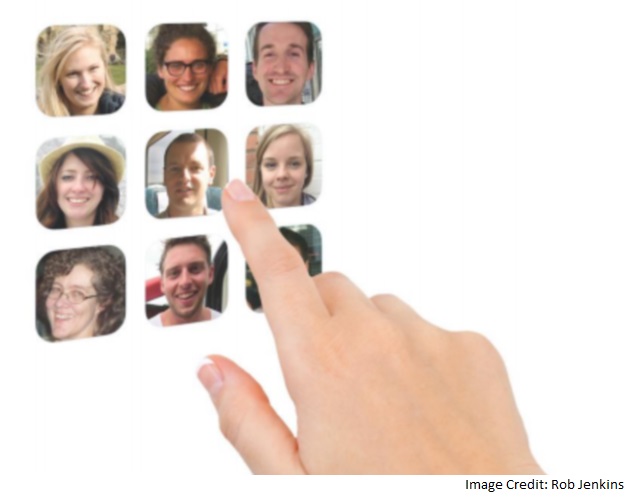 A new authentication system that asks you to identify faces familiar to you could spell end of passwords.

Decades of psychological research has found that humans can recognise familiar faces across a wide range of images, even when their image quality is poor.

The new system, called Facelock, exploits this psychological effect to create a new type of authentication system whose details are published in the journal PeerJ.

Familiarity with a particular face determines a person's ability to identify it across different photographs and as a result a set of faces that are known only to a single individual can be used to create a personalised 'lock'.

To register with the system, users nominate a set of faces that are well known to them, but are not well known to other people. The researchers found that it was surprisingly easy to generate faces that have this property.

For example, a favourite jazz trombonist, or a revered poker player are more than suitable - effectively one person's idol is another person's stranger.

By combining faces from across a user's domains of familiarity - say, music and sports - the researchers were able to create a set of faces that were known to that user only. To know all of those faces is then the key to Facelock.

The 'lock' consists of a series of face grids and each grid is constructed so that one face is familiar to the user, whilst all other faces are unfamiliar.

However, a fraudster looking at the same grid hits a problem - none of the faces stand out.

Building authentication around familiarity has several advantages. Unlike password or PIN-based systems, a familiarity-based approach never requires users to commit anything to memory.

Nor does it require them to name the faces in order to authenticate. The only requirement is to indicate which face looks familiar.