Facebook's Libra Currency Spawns Wave of Fakes, Including on Facebook Itself

Roughly a dozen fake accounts, pages and groups scattered across Facebook and its photo-sharing giant Instagram present themselves as official hubs. 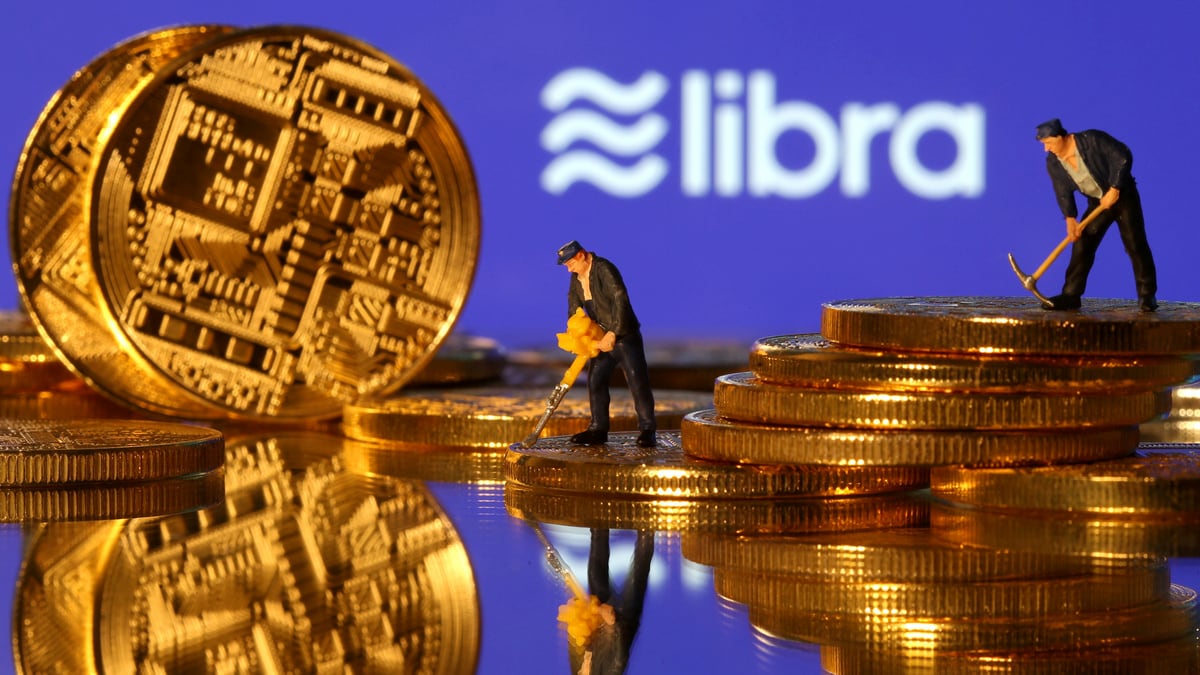 A wave of fakes purporting to sell or represent Facebook's not-yet-available Libra currency have swept onto the social-media giant's platforms, highlighting how the tech company is struggling to rebuild trust and fight the fraud likely to surround the new financial system.

Roughly a dozen fake accounts, pages and groups scattered across Facebook and its photo-sharing giant Instagram present themselves as official hubs for the digital currency, in some cases offering to sell Libra at a discount if viewers visit potentially fraudulent, third-party websites.

The spread of fakes - and Facebook's inability to detect them on its own - could undermine Facebook-backed efforts to inspire confidence and satisfy the regulators now scrutinizing the newly proposed global currency. Many of the fakes included Facebook's logo, photos of Facebook CEO Mark Zuckerberg or Libra's official marketing imagery.

"There is a deep irony here in Facebook being used as the platform that could undermine trust in the currency Facebook is trying to build trust in," said Eswar Prasad, an economics professor at Cornell University. "Facebook has an enormous worldwide network and enormous financial muscle. . . . But the only way Libra will work well as a medium of exchange is if everyone can trust it. And that's the big question right now: whether there is going to be enough trust in Facebook."

"Facebook," spokeswoman Elka Looks said in a statement, "removes ads and pages that violate our policies when we become aware of them, and we are constantly working to improve detection of scams on our platforms."

Asked about the fake pages and accounts, Sen. Mark Warner of Virginia, a top Democrat on the Senate Banking Committee, stressed Monday: "This is another strong indication Facebook should take a very cautious approach to Libra and commit not to launching any product until US regulator concerns are satisfied."

Many of the fake Facebook pages and Instagram accounts have followings in the hundreds of users or appear designed to squat on the Libra name for later use, while others offer production values high enough to potentially fool a typical user. The fakes also spread to Twitter, YouTube and other platforms, a sign that disinformation around Libra could quickly spiral beyond Facebook's control.

One fake video that appeared to match the style of a Facebook video "story" was labeled a "sponsored" post from an account named "Libra wallet," and showed Zuckerberg walking across a stage as a voice called Libra "safe," "easy to use" and "the new world's currency." The video offered viewers a discount on some of the "20 million Libra coins" it said had been distributed to early investors. One viewer said he was sent the video via the popular Chinese messaging service WeChat, but did not know where it had originated.

For Facebook, the early rise of fake pages and groups devoted to Libra is likely to add to its challenges with regulators around the world, who have blasted the company's plans as a threat to the financial system. In the US, Federal Reserve Chairman Jerome Powell has expressed "serious concerns with Libra," and Treasury Secretary Steven Mnuchin has warned that the government would "not tolerate the use of the cryptocurrencies in support of illicit activities."

Democrats and Republicans echoed those fears at two congressional hearings earlier this month, where they questioned whether Facebook - already stumbling in attempts to stop the spread of disinformation and clean up its privacy practices - might be ill-equipped for the myriad threats that come from launching its own currency, including money laundering or fraudulent transactions.

In a "white paper" on the currency, Libra said it will be backed by a reserve of real assets, such as bank deposits and government securities, as well as a network of exchanges that will allow people to buy and sell Libra using local money "to help instill trust in a new currency." "We believe that people will increasingly trust decentralized forms of governance," the white paper states.

But the fakes suggest that spenders, investors and early adopters of the digital currency could be vulnerable to the same kinds of costly disinformation and online fraud that have plagued bitcoin and other cryptocurrencies. Even before launching Libra, Facebook put in place special restrictions targeting those who advertise such offerings.

The fake pages and groups appear designed to capitalize on the cash and excitement that some expect could flood into Facebook's financial product, which would bring the company's considerable resources and prominence into the unregulated and unchecked world of online currencies.

One of the websites these fake pages highlighted, buylibracoins.com, is sleekly designed and appears to copy from Libra's marketing materials, while also allowing users to create an account and buy Libra with bitcoin or other currencies. "We strongly advice [sic] you to convert any other form of currency you have into them," the website states. Owners of that site and several other fakes did not respond to requests for comment.

The creator of the "Calibra Digital Wallet" Facebook page, who said he was a Florida-based digital marketer and cryptocurrency entrepreneur named Trent Partridge, said he opened the page to capitalize on excitement about the currency's launch. "I really wanted a place where people could discuss Libra and Calibra," he said about the month-old page, which has seven followers. "Once things get going, things will be huge."

Libra would allow people to send money or buy things without going through a traditional bank or credit company. "Success will mean that a person working abroad has a fast and simple way to send money to family back home, and a college student can pay their rent as easily as they can buy a coffee," a Libra marketing document states.

The Libra Association, a new group launched to oversee the currency, is said to be backed by a who's-who of financial giants and other "founding members," including Visa, eBay, Mastercard, PayPal and Uber. Its website says Libra's "mission is to reinvent money and transform the global economy so people everywhere can live better lives."

Visa and PayPal declined to comment. Uber, Mastercard and eBay did not immediately respond to requests for comment.

Svitlana Volkova, a Pacific Northwest National Laboratory senior scientist who has researched how people talk about digital currencies on social media, said the fake pages and scams could pose a major risk to Facebook investors and Libra partners.

"Of course cryptocurrency is a very fruitful topic for adversaries to spread disinformation," Volkova said. "It's very dynamically changing, like our political environment," and like political disinformation can have a "real-world" and "large scale" impact.

Given Facebook's investments in content moderation and artificial intelligence, Volkova said the company should have the resources to detect bad information about its products on its own platform.

"We've seen the implications of disinformation spreading across social networks," she added. "I don't think I have to sell you on the importance of identifying and actually doing something."