Facebook Meets Skepticism in Bid to Expand Internet in India 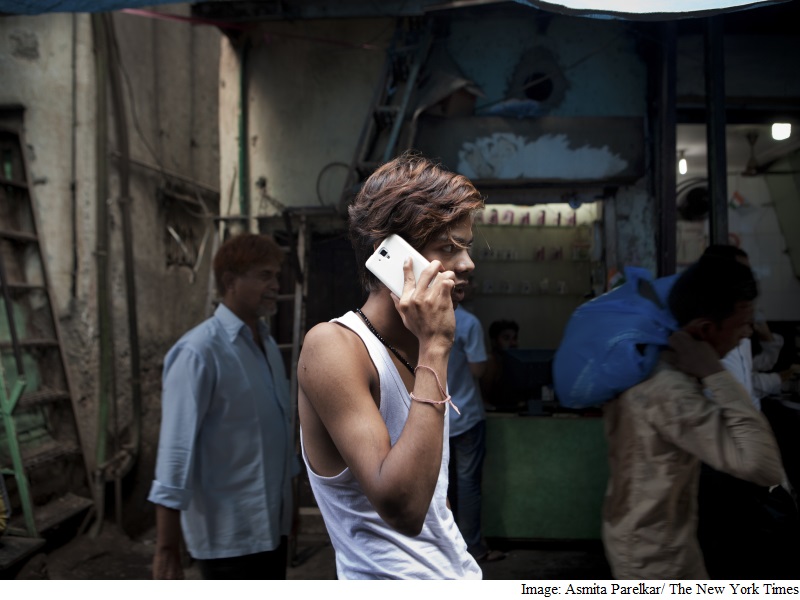 If Mark Zuckerberg hopes to deliver on his vision of bringing the Internet to the 4 billion people who lack it, the Facebook chief will first need to make his plan more appealing to salesmen like Shoaib Khan.

Khan's perfume and cellphone shop in one of this city's many slums recently displayed a large blue banner advertising Zuckerberg's project, called Internet.org, in the back. Another sign for the free package of Internet services - offered in India through the cellphone carrier Reliance Communications - was posted prominently in front.

But when a reporter asked Khan about his experience with Internet.org, he had no idea what it was. After the program was explained to him, he quickly dismissed it.

"The Reliance connection is very patchy," said Khan, shaking his head. "I would really have to sell the customer on it."

Facebook's rocky experience since it brought Internet.org to India in February shows that good intentions and technological savvy are not enough to achieve a noble goal like universal Internet access.

The skepticism of phone sellers like Khan and the weaknesses of Facebook's Indian partner are just two of the problems that have bedeviled Zuckerberg's project so far. 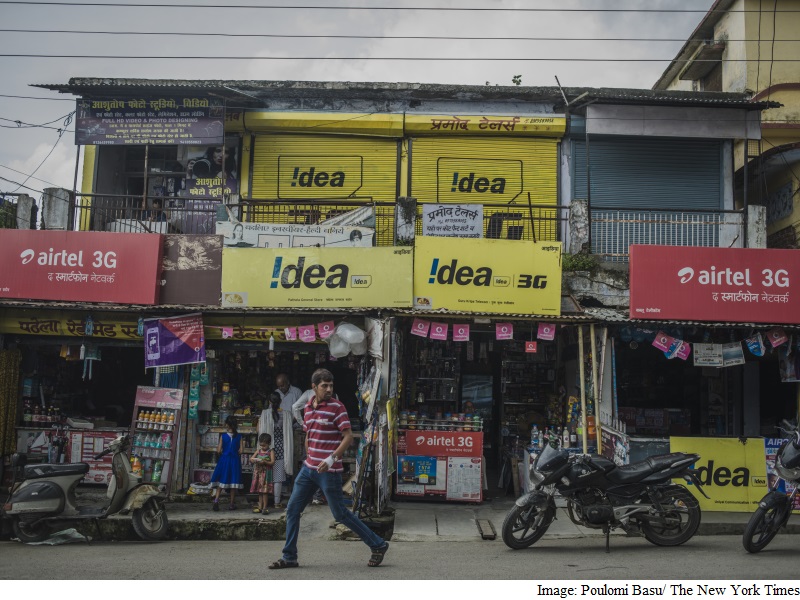 Internet.org's free services - which include news articles, health and job information, and a text-only version of Facebook - are deliberately stripped down to minimize data usage and the cost to the phone company. Facebook says the primary goal is to show people what the Internet is all about. But many Indians want more and complain that, contrary to its altruistic claims, the project is simply a way to get them onto Facebook and sign up for paid plans from Reliance.

Internet activists have also attacked Facebook for cherry-picking partners to include in its walled garden rather than simply offering a small amount of free access to the whole Internet. Their concerns have struck a chord with the Indian government, which is considering new rules that would govern such free services.

Zuckerberg declined several requests to discuss Internet.org. But he remains passionate about his crusade. "Internet access needs to be treated as an important enabler of human rights and human potential," he told the United Nations last month.

The Internet.org suite, rebranded last month as Free Basics, is now in 25 countries, from Indonesia to Panama. Facebook is investing heavily in other parts of the project, including experiments to deliver cheap Wi-Fi to remote villages and to beam Internet service from high-flying drones.

Zuckerberg is also determined to win over the Indian public. Last month, he hosted a livestreamed chat with India's prime minister, Narendra Modi, from Facebook's Silicon Valley headquarters. And this week, Zuckerberg will be in New Delhi, where he will take questions from some of Facebook's 130 million Indian users.

The magnitude of the task ahead was apparent during a reporter's visit in August to Dharavi, home to as many as 1 million of Mumbai's poor.

Several billboards advertised Freenet, Reliance's version of Internet.org. But in the neighborhood's narrow alleys, where rivulets of raw sewage competed with sandaled feet, there was little evidence that anyone had noticed Internet.org. A conversation with a dozen cellphone users at a tea shop uncovered no one who had heard of Freenet or Internet.org, but plenty of complaints about Reliance's sluggish data network and poor customer service compared to the market leaders, Airtel and Vodafone.

At Yahoo Mobilewala, a nearby phone shop named in honor of the U.S. Internet company, owner Rizwan Khan offered service from every major carrier. But his stack of Reliance chips - each in a blue Freenet envelope that said "Go free Facebook" - was gathering dust in its display case.

In India, most cellular service is prepaid. Customers typically buy or refill a special chip, known as a SIM card, often loading it with a dollar's worth of data or calls at a time. Phone-card vendors are key advisers, educating people about all their options.

"New customers don't come looking for Freenet," said Khan, who is no relation to Shoaib Khan. Even if Reliance's network were good, he said, the package excludes WhatsApp, a popular messaging app owned by Facebook, and users must pay to see the photos in their Facebook feeds. "If you have to pay for data, what's the point of calling it free?" he said.

Phone-card sellers also tend to push whatever makes them the most money. Khan noted that another carrier had recently awarded him his choice of a Hero motorcycle or Rs. 45,000 - nearly $700 - for signing up 1,000 customers. Reliance offered nothing similar.

In more than 2 dozen interviews in poor neighborhoods of Mumbai, a reporter found several people who had tried Internet.org but only one who used it regularly - a 23-year-old man who said he used the free version of Facebook Messenger on the app to chat with friends when he ran out of money on his prepaid account.

Chris Daniels, the Facebook executive who leads Internet.org, said the company is primarily trying to reach people who are completely new to the Internet.

In an interview last week, Daniels said about 1 million people had been introduced to the Internet in India because of the program. After their first 30 days online, he said, about 40 percent of them became paying data customers, 5 percent stuck with only free services and the rest left.

"This is a program that is working to bring people online, and working incredibly well," Daniels said. "Connectivity is something that improves people's lives. It's an enabler for people to be able to help themselves find jobs, help themselves improve their health situation, improve their education for themselves and their children."

Gurdeep Singh, chief executive of Reliance's consumer business, defended the quality of his company's network, but acknowledged that it needed to do more to raise awareness of Freenet and persuade retailers to promote it.

"This is a slow process," he said in an interview at the company's sprawling campus in Navi Mumbai, a few miles from Dharavi. "We are fighting this huge battle against digital illiteracy."

According to Reliance research, 36 percent of phone-card sellers don't have a phone capable of Internet access, which makes them poor ambassadors for the concept.

But Singh said Reliance was committed to Freenet, which was initially limited to seven states, and planned to offer it nationally soon. "India is at the stage where everyone must get access to the Internet," he said. 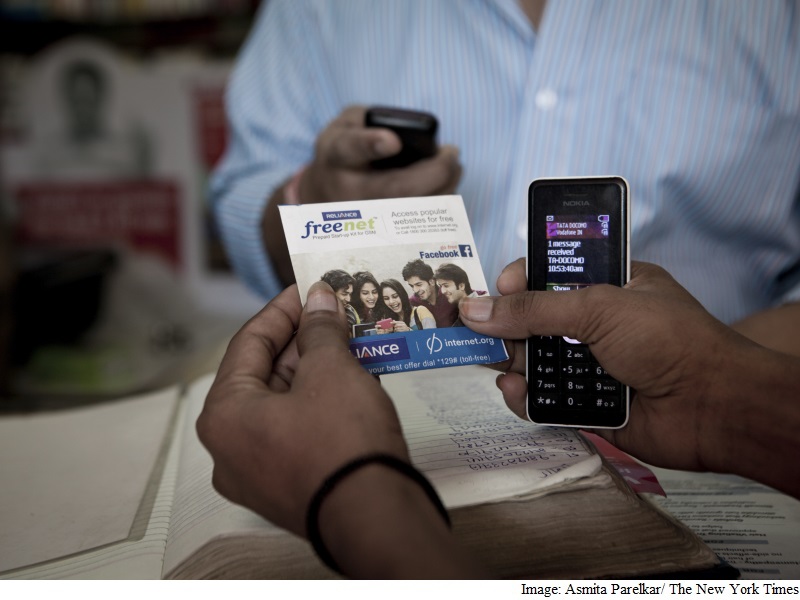 Facebook's approach has run into a buzzsaw of criticism from Internet advocates here, who see it as an attempt by the world's largest social network to become the gatekeeper to the Internet for a new generation of users.

"On the open Internet, everyone is equal," said Nikhil Pahwa, editor and publisher of MediaNama, an Indian news site, who has vociferously opposed Internet.org. "On Internet.org, Facebook is the kingmaker."

Pahwa helped organize a campaign called Save the Internet, which rallied 1 million Indians to press regulators to stop Internet.org and establish rules protecting net neutrality. That principle, also a subject of intense debate in the United States and Europe, says that Internet access providers should give customers equal access to all content.

The Telecom Regulatory Authority of India is still mulling potential regulations. In a recent interview, however, the agency's chairman, Ram Sewak Sharma, was skeptical of Internet.org. "Maybe they have wonderful objectives, but the way it is being implemented, that's not really appropriate," he said.

Daniels said Facebook had been listening to all the criticism and had made many changes to Internet.org, including opening it to other companies that wanted to offer free services on the platform. "We always appreciate feedback, in whatever form it comes," he said.