Facebook, Google Face Off Against Formidable New Foe in the US 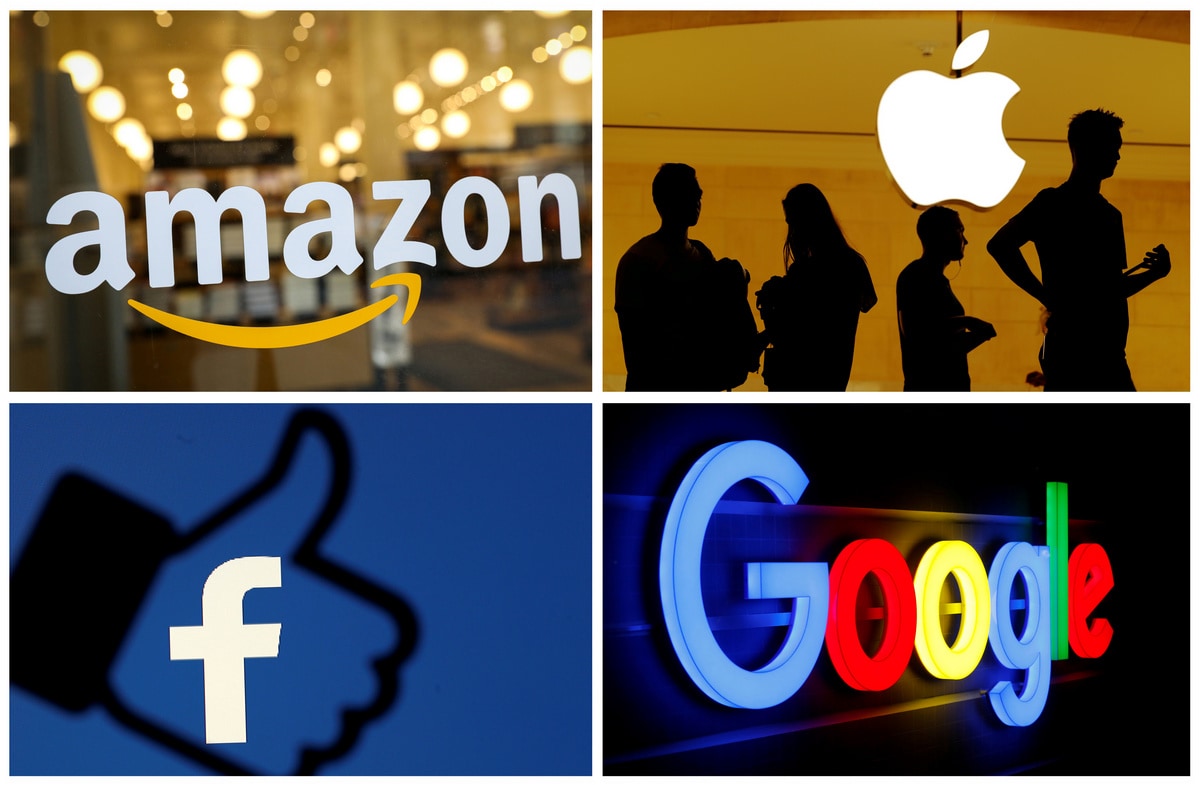 The US's state attorneys general have tangled with mortgage lenders, tobacco giants and the makers of addictive drugs. Now, they're setting their sights on another target: Big Tech.

After years of federal inaction, the state watchdogs are initiating sweeping antitrust investigations against Silicon Valley's largest companies, probing whether they undermine rivals and harm consumers. Their latest salvo arrives Monday, when more than 40 attorneys general are expected to announce their plan to investigate Google, delivering a rare rebuke of the search-and-advertising giant - and its efforts to maintain that dominance - from the steps of the US Supreme Court.

The states seek to probe allegations that the tech industry stifles start-ups, delivers pricier or worse service for Web users and siphons too much personal information, enriching their record-breaking revenue at the cost of consumer privacy.

"The growth of these [tech] companies has outpaced our ability to regulate them in a way that enhances competition," said Keith Ellison, a Democratic attorney general from Minnesota who is signing on to the effort to probe Google.

"They need to be regulated," he continued, "and my view is, it's the state AG's job to do it, particularly when the federal government is not necessarily a reliable partner in the area."

Historically, the federal government has taken the starring role in competition matters, including investigations into potential monopolies and mergers, and such inquiries involving the tech giants are underway. But the states are potent actors in their own right, with the power to invoke local laws on antitrust and consumer-protection and to tap Washington's antitrust statutes on behalf of their residents.

When state attorneys general have banded together on a broad, bipartisan basis, they've managed to muscle major changes to other industries. They forced billions of dollars in payments from Big Tobacco to pay health claims and finance antismoking campaigns in the 1990s. Two decades later, they helped reform unfair mortgage lending practices. More recently, states have led lawsuits against pharmaceutical companies they contend are responsible for the opioid crisis.

Now, they threaten to do the same to Silicon Valley, unleashing potentially wide-ranging antitrust punishments against not only Google but all of tech's biggest players.

For years, Silicon Valley has been relatively free of regulation, particularly in Washington. President Barack Obama took a hands-off approach to encourage the industry's growth, and Congress never took serious action. But a series of scandals, including the misuse of social media during the 2016 election, thrust the industry into the political spotlight, prompting some state and federal policymakers to question whether companies had become too big, too powerful and too unchecked.

As a result, antitrust has commanded uncharacteristic political attention in recent months. President Donald Trump at times has threatened to take aim at tech giants, including Google, though his attacks often are motivated by unsubstantiated claims that the companies could hurt his election chances. Some Democratic contenders for the White House in 2020, meanwhile, have pledged to probe and potentially break up big tech if they win next November.

For months, state attorneys general similarly have been sounding off about their interest in taking on tech giants such as Amazon, Facebook, and Google. They raised their voices for privacy and antitrust scrutiny during private meetings with the Department of Justice dating back to last September, The Washington Post reported at the time.

But schisms in recent months have emerged between state attorneys general and Washington's competition cops. Some state attorneys general have publicly charged that federal regulators are moving too slowly - even though their counterparts at the Department of Justice and the Federal Trade Commission have said in statements they are all working cooperatively.

Sixteen states sued this summer to stop the merger between Sprint and T-Mobile, invoking federal competition law to try to thwart a telecom megadeal that the Justice Department had approved, with conditions. Outside of the tech sector, state officials have been just as active. Phil Weiser, the Democratic attorney general of Colorado, directly intervened in a health-care-companies merger the FTC approved this year to obtain more concessions for local residents.

"The reason I believe we see so much attention on antitrust in this area is because the economy is so concentrated," Weiser said in a later interview.

With Google, states led by Texas Attorney General Ken Paxton, a Republican, on Monday plan to focus their probe on the way the search giant amasses data and maintains its dominance, particularly in advertising, where it captured more than 38 percent of the online advertising market in 2018, according to eMarketer.

"Online advertising is everywhere," Massachusetts Attorney General Maura Healey said in a statement. "This investigation is about whether that market is fair and open to all. We hope that Google will cooperate in the states' investigation."

Google long has been a problem in the eyes of some states. Missouri opened a competition investigation of Google in 2017, when the state attorney general's office was led by Josh Hawley, now a Republican US senator. Jim Hood, the Democratic attorney general of Mississippi, has sued Google over its privacy practices. And Arizona's Republican attorney general, Mark Brnovich, last year opened his own probe into allegations that Google misused people's location data.

"Any time you get that many attorneys general, both Democrats and Republicans, liberal and conservatives all across the ideological spectrum, agreeing that something needs to be done about Google . . . it speaks volumes," Brnovich said in an interview about antitrust.

Adding to Google's headaches, top deputies to Paxton in Texas repeatedly have faulted the company, alleging that it stifles conservatives' speech online. Google has denied claims of deliberate political bias, and evidence supporting the allegation is scant, but Texas leaders have raised the possibility that they could probe the company for the matter.

Paxton's office did not respond to repeated requests for comment on the antitrust investigation, which The Post first reported last week.

"Google's services help people every day, create more choices for consumers, and support thousands of jobs and small businesses across the country," said company spokesman Jose Castaneda. "We look forward to working with the attorneys general to answer questions about our business and the dynamic technology sector."

Google is not the only tech giant to draw the interest of the states. Last week, New York Attorney General Letitia James announced that she would explore whether Facebook violated competition laws because it mishandled "consumer data, reduced the quality of consumers' choices, or increased the price of advertising." The investigation has the backing of attorneys general in states such as Colorado, Florida and Ohio as well as the District of Columbia.

Facebook already had been in some states' crosshairs over its privacy practices. The company's entanglement with Cambridge Analytica, which improperly accessed tens of millions of Facebook users' social data, sparked a national investigation by states' attorneys general that remains underway. Regulators in D.C. have sued Facebook in court over violating local residents' privacy.

Will Castleberry, vice president for state and local policy at Facebook, said in a statement that Web users have "multiple choices for every one of the services we provide," adding: "We will work constructively with state attorneys general and we welcome a conversation with policymakers about the competitive environment in which we operate."

The broad nature of the states' investigation - expected to involve nearly every state's attorney general in some fashion - could easily spread far beyond Facebook and Google to include companies such as Amazon. Federal officials have said they are studying e-commerce, a market Amazon leads, adding to the possibility that states could do the same.

"I'm quite concerned how they will reap info from other buyers who use their facility and then go into business against those same people," said Ellison, the Democratic attorney general of Minnesota. (Amazon CEO Jeff Bezos owns The Washington Post.)

Asked whether states are planning to announce a probe of the e-commerce giant, he added: "The AGs are talking about all of Big Tech. . . . I'll say Amazon is on the radar screens of a lot of people but not prepared to announce [anything]."

Antitrust experts said the states forging ahead - potentially without the federal government - risked creating legal headaches. William Kovacic, a former FTC commissioner who now teaches at George Washington University's law school, said an "ideal world" would involve more coordination given the potential that regulators may have to go to court to force changes at Facebook and Google.

But, he added, Silicon Valley can ill afford to dismiss the seriousness of the states' new legal assault: "Simply put, by joining up their resources, they have the ability to bring a big case and seek significant remedies."