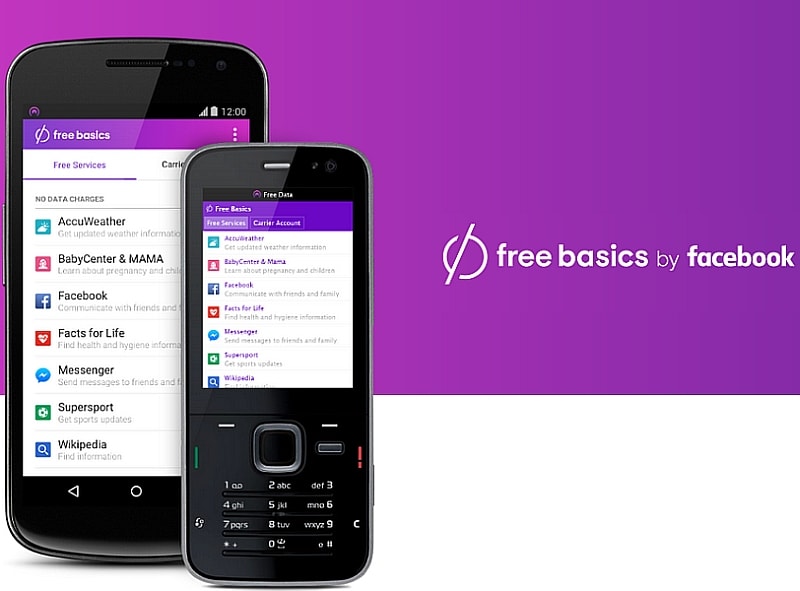 When Free Basics was launched in India by Facebook, it met with a lot criticism, the big bone of contention being its alleged violation of net neutrality by being a zero-rating platform that offered free access to a limited number of services. There were also worries that Facebook was using the service to collect more data on users, and about what the social network's ulterior motives could be. Eventually, the service was shut down last year, after many rightful protests from Internet activists in the country. Now, a report outlines all the things that are wrong with Facebook’s Free Basics including violation of net neutrality, non-promotion of local content, and collecting metadata of users.

For those unaware, Free Basics is a free Internet access platform by Facebook that has been available in over 60 countries in Asia, Africa, and Latin America. It aims to bridge the digital divide by giving users free access to a handful of online services, such as Accu Weather, BBC News and Wikipedia.

However, a report from Global Voices outlines how Free Basics fails to meet its aim, violating net neutrality in the process, and does not really show the true potential of the open Internet, and the advantages it can bring to the people who are offline. Global Voices set up a team of researchers in Colombia, Ghana, Kenya, Mexico, Pakistan and the Philippines to test the app, and ascertain its potential for the non-Internet users. This team has now published a full report on Free Basics, and has mainly outlined all the limitations associated with it.

First up, the report claims that Free Basics does not meet the linguistic needs of target users, and in many regions like Pakistan and Philippines, where multiple local languages are spoken, the app is offered in only one local language. Furthermore, it does not serve local content that is relevant to users living in that region, but promotes US and UK services heavily that may or may not concern the target audience.

The report states that it “includes a relatively small amount of content relevant to local issues and needs, lacking public service sites and independent news sources. It also does not include an email platform.” The report also notes that Facebook collects unique streams of user metadata, including information about which third-party sites Free Basics users’ access, when, and for how long. That is a serious breach if true, and a rich source of information for Facebook, that it can later use for monetisation and ad placement.

The researchers reiterate that Free Basics violates the principles of net neutrality, as it does not allow users to browse the open Internet. It chooses which services to promote, mainly its own Facebook app, and creates an unfair competitive environment for small Internet businesses who cannot afford to put their services on Free Basics yet. Lastly, the researchers claim that Free Basics does not win at meeting “the most pressing needs of those who are not online, and that the data and content limitations built into Free Basics are largely artificial and primarily aimed at collecting profitable data from users.”

When Engadget got in touch with Facebook asking them to react about this Global Voices report, it dismissed it by saying, “The study released by Global Voices includes significant inaccuracies. The study, based on a small group of Global Voices contributors in only a handful of countries, does not reflect the experiences of the millions of people in more than 65 countries who have benefited from Free Basics."