Facebook founder Mark Zuckerberg was in Delhi on Wednesday to hold a Facebook townhall meeting, answering a Q&A session out of the IIT-Delhi campus. Around thirty minutes into the Q&A townhall where he answered questions that were posted on his Facebook profile, as well as some pre-screened questions from IIT students, Miriam George, Assistant Professor of Bengaluru-based CMR institute of technology, posed the question - '"Does Internet.org support net neutrality fully, let's say 100 percent without any filters?"

"Absolutely. Net neutrality is an important principle. We do a lot to support it, both in terms of pushing for regulation that kind of enables this, and in our own work - building an open platform that any developer can build something for regardless of who they are, as long as they follow the basic rules of what Internet.org is," Zuckerberg said.

Countries are still figuring out their regulations around net neutrality, he said, and that Facebook had given its support for, and suggested clear rules when the US had put in its net neutrality regulations.

Things are a little different in India though, where Facebook's position on net neutrality is less clear cut. An Indian government panel on net neutrality had said in July this year that apps like Internet.org should not be allowed, as Facebook's role as gatekeeper in determining what websites were on the Free Basics Program was seen as violating net neutrality.

Even though Facebook is calling Free Basics an open platform, its own guidelines show that this is not the case. Submission to be a part of Free Basics does not guarantee that a site will be available through the platform, which means that there is still a selection process - one which is not made transparent in its participation guidelines.

"There have been a lot of stories over here in India that suggest that what we're trying to do with Internet.org is just have a small set of Internet services that people can use, and somehow make it so people can't have access to the rest. That really couldn't be further from the truth," he said, adding that the free basics program makes it so that any developer that meets the definition of a basic service, that is not very high bandwidth, or rich video, or not directly cannibalising a lot of the operator business.

In late September, Facebook rebranded Internet.org as Free Basics, and Zuckerberg has turned the charm offensive on then as well, by having Prime Minister Narendra Modi visit the Facebook campus.

"Anyone can kind of operate their services for free, and it will be zero rated through the Free Basics program that we have. It provides this neutral platform where we're not being a filter on any of the content that goes into that, and I think that's really important," he said.Net Neutrality activists have criticised Facebook's missionary proselytism when it comes to Facebook's approach towards developing nations. One of its most critics is Tim Berners-Lee, the inventor of the World Wide Web, who has said they should be outlawed, as they hand "immense power to telcos and online service operators," and "crowd out competition and snuff out innovative new services before they even see the light of day."

The Free Basics program was a step backward, he was quoted as saying in a recent Guardian Interview earlier this month, where he pointed out that if something that is being offered in the name of the Internet and isn't the full Internet, then it's not really free and public, and that customers should "just say no" to cut down versions of the web. 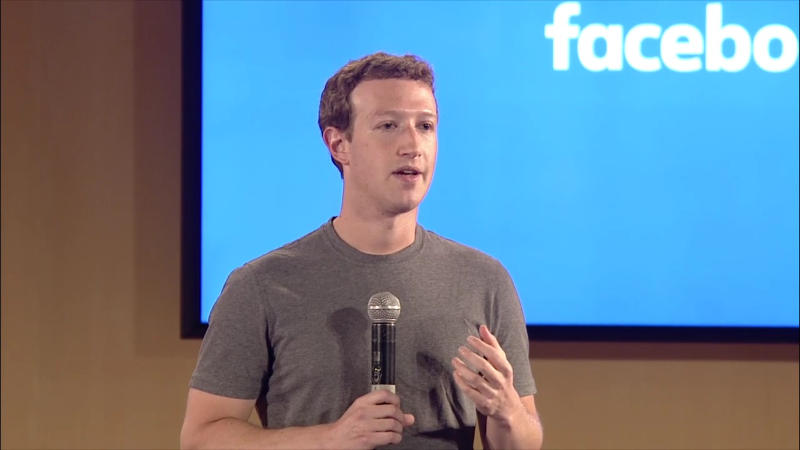 "I'll leave you with a thought on this. Most of the folks who are pushing for net neutrality have access to the Internet already. I see these petitions going around on net neutrality, and that's great. We need to mobilise on the Internet to push for this stuff. But the people who are not on the Internet can't sign an online petition pushing for increased access to the Internet," Zuckerberg said. "We all have a moral responsibility to look out for people who do not have the Internet, and make sure that the rules that kind of benefit us and make sure that operators can't do anything that hurt us, don't get twisted, and hurt people who don't have a voice," he added.

Zuckerberg seems to be uninformed about COAI's Sabka Internet, Sab ka Vikas campaign launched in May. The initiative for telecom operators to make Internet accessible, possibly under their own zero-rating plans, and had claimed support for 4 million Indian mobile users in under a week. Missed call campaigns have been able to leverage the voices of those not on the Internet quite well.

Internet.org is presently live in 24 countries around the world, with 15 million people who have access to the Internet now, who wouldn't have had it otherwise, Mark Zuckerberg said at the townhall meeting, adding that it doubled Internet growth rates in countries where it had been introduced.